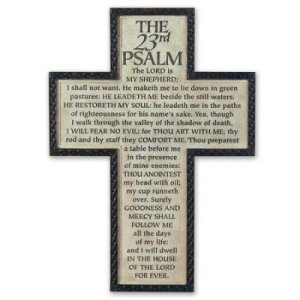 Willa Dean Graham was born June 27, 1923 in Quinter, Kansas to Dr. Clarence Marion and Ocie Thomas McConkey.
After graduating from High School in Washington, she worked for the Social Security Department in the Washington State Capital. She returned home to Quinter to see her brothers off to World War ll. She worked as a Telephone Operator during the War. She married Charles Leroy Graham on June 19, 1946 after he returned from World War ll. They were married 67 years before his passing in 2013. He loved her dearly and always called her his "Girlfriend."

To this union four daughters were born. She was a "Stay at Home" Mom, raising and caring for her girls. She was a seamstress her whole life, and was always able to put together a "I need it tomorrow" outfit overnight. In her 50's she taught herself how to use the computer and how to quilt. She made quilts and baby quilts until her arthritis sidelined her. Many of us were fortunate enough to have received a quilt and will cherish them always.

Mom and Dad were both faithful believers in the church and made sure their girls were brought up in the church. They worked tirelessly for their church in Colorado Springs until Dad's passing. After raising her girls, Mom went back to work making space equipment, operating a switchboard for a furniture store, and
as a receptionist for a dentist office. After retirement they loved to travel. They always traveled by car to see friends and relatives, and their daughters.

In 2013, she lost her daughter, Susan to cancer and six months later she lost Dad. She lived with her youngest daughter for five years before selling her home of 54 years in Colorado Springs and moving to Bryan, Texas to be with her second daughter.
Mom passed away at home on May 25, 2021 at the age of 97, almost one month short of her 98th Birthday. Preceeding her in death were her Parents, two sisters and three brothers, She is survived by three daughters, Debi Lemmon and family of Bryan, TX, Becki and Ted Knox of Wichita Falls, TX, and Jennifer Madden of Colorado Springs, Colo. One brother, Darris and Roma McConkey survive her. She is also survived by eight grandchildren, ten great children, and two great great grand children, and many beloved nieces and nephews that will dearly miss her.

Graveside services will be held later in the summer in her hometown of Quinter, Kansas. She will be laid to rest with her Husband, Charlie. She will be sorely missed and is well again with her Heavenly Father and those gone before her.

To plant a tree in memory of Willa Dean Graham, please click here.