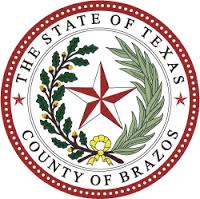 Brazos County Commissioner and local businessman Samuel Joseph Catalena, died in his home on May 19 in Bryan, Texas, at the age of 72.

Born to a businessman on July 6, 1947, Sammy was destined to be an innovator. He graduated from Stephen F. Austin High School in Bryan and served as a medic in the U.S. Army's 9th Infantry Division, where he was stationed at Bien Hoa during the Vietnam War. While he was a senior at Texas A&M University, he married his love, Carolyn Hicks, in 1971. Also during that year, he founded Circle C Feed and Supply before he graduated in the Class of '72. After marring Carolyn, the two founded the Sammy Catalena Rodeo and Livestock Company in 1975, he hosted The Round Up TV show in 1975, then started the Lone Star Pawn Shop in the early 90s, they opened Catalena Hatters in Downtown Bryan in 1983, and later established the Texas Rose Boutique (previously The Texas Store). In 2011, he was elected to the ofﬁce of Brazos County Commissioner Precinct 2.

Sammy Catalena was deeply committed to his community and to agriculture. He served as vice-chairman of the board for Producer's Cooperative Association and president of the Bryan Breakfast Lions Club, of which he was a charter member. He also served as a board member of the Brazos County Farm Bureau, the Farm Service Agency Committee, as chairman of the Houston Livestock Show & Rodeo Contest Committee and was a founding member of the Brazos County Go Texan Committee. He was instrumental in endowing the Brazos Valley Go Texan Scholarship Fund, which has since funded 287 local students. In 2018, he was awarded the Agricultural Impact Award by the Bryan-College Station Chamber of Commerce.

Of his many businesses and accomplishments, one of the most renowned is the Sammy Catalena Rodeo Company. His livestock have performed worldwide, including an astounding 2-week rodeo on islands that had never seen anything like it before - Aruba and Curacao. The business gained even more fame in the mid 90s because of the Catalena Cowgirls who opened for every Houston Livestock Show and Rodeo for more than 10 years.

A visitation will be held at Hillier Funeral Home of Bryan, on Tuesday, May 26, 2020, from 1-7:30 p.m. Visitors will be guided to speciﬁed parking and ushered through stations in intervals to ensure social distancing. A virtual rosary and memory share livestream will begin at 8 p.m. A Mass of Christian burial will be held at St. Joseph Catholic Church, on Wednesday, May 27, 2020, at 2 p.m. Due to COVID-19, the family has requested guests arrive between the times of 12:30-1:45 p.m. to arrange for socially distanced seating. Seating will be limited to 200 guests.

In lieu of ﬂowers, please send donations to the Bryan Breakfast Lyons Club and the Brazos County Youth Livestock Show. Condolences can be sent to 203 N. Main Street, Bryan, TX 77803.


To send flowers to the family or plant a tree in memory of Sammy Catalena, please visit our floral store.