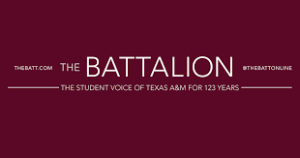 Dr. James “Jim” Hubert Earle passed away on February 4, 2019, with his loving daughters at his bedside. He was born in Jacksonville, Texas to Hubert Lewis and Edna Webb (Bush) Earle on May 2, 1932. Hubert was Senior Vice President of the First National Bank of Jacksonville, and Edna was a homemaker.

While at Jacksonville High School, Jim excelled in all sports, including track and football, but his favorite sport was boxing. He won many titles as a Golden Gloves boxer and adopted the moniker James “The Mangler” Earle. Jim’s other passion was drawing cartoons. It was in high school that he started drawing caricatures… a talent that would ultimately lead him to meet his future bride.

Jim was an Aggie’s Aggie, graduating in 1954, with a degree in Architecture. He organized the first boxing club at Texas A&M and lettered in both boxing and track & field. Jim continued to box in Golden Gloves competitions during his first two years at A&M. Following his release from active duty in 1957, Jim commenced his career at Texas A&M, teaching mechanical drafting to first year engineering students. Jim eventually became head of the Engineering Design Graphics Department. After a short period, Jim began working on his advanced degrees, and earned a PhD in Education in 1964. Jim continued to teach and serve in this capacity until he retired in 1995. He was active in the American Society of Engineering Education and held positions from Secretary through Chair in the Engineering Design Graphics division. Between 1986 and 1991 he served as chair of the Annual Conference Committee. He was named professor emeritus, Civil Engineering, in 1995, and A Legend of Aggieland in 2000.

His career bridged the gap between drafting by hand to three-dimensional computer-aided design. Jim believed that one must always adapt to changes in technology, so he bought a computer and mastered AutoCAD to such an extent that he became a beta tester for AutoDesk. However, he never let the technology cloud the basics of good drafting and design. His daughters learned that one must never write with a dull pencil and legibility was a matter of common courtesy. He also believed that just showing up would get you ahead of most of the population. He wrote best-selling drafting textbooks for Addison Wesley (later Pearson) starting in 1967 until the early 2000s. He created companion workbooks which the publishing company declined to sell, so Jim and Theresa started their own publishing company and sold the workbooks themselves. Many of Jim’s graduate students furthered their academic careers by contributing to these workbooks. Jim made sure the workbooks were affordable and he sold them nationwide throughout the 1970s and 1980s. More than 125 colleges and universities used his textbooks. Many more high schools used his textbooks to teach students mechanical drafting. His books introduced the concepts and techniques of engineering graphics to over a million students. Jim completed his last workbook, Engineering Design Graphics, when he was eighty.

In 1953, Jim developed a beloved Aggie cartoon character, Cadet Slouch, along with friends Simp, Cedric, Squirt and Fish Jethro, for the Battalion, Texas A&M’s student paper. Always business minded, Jim had his mother sew up Cadet Slouch dolls, which he sold with cards and comic books at the MSC store or via mail order. Slouch ran in the Battalion from 1955-1985.

Like all Aggies at the time, Jim was in the Corps of Cadets, and, upon graduation, was commissioned as a Second Lieutenant, USAF, in 1955. He met his future wife, Theresa Gatlin, while stationed at Dyess Air Force Base in Abilene. He was drawing caricatures at a base event in the summer of 1957 and when Theresa sat in front of him for a caricature, he remarked, “You’re so pretty, I think I’m going to marry you.” They married in Abilene on December 23, 1957.

Aside from Texas A&M, Jim loved history. He became an authority on Western outlaws and lawmen, notably Billy the Kid and Pat Garrett, and served as an officer in many historical societies, including Westerners, NOLA/WOLA and the Texas Gun Collectors Association. It was through this pursuit that Jim befriended a cadre of interesting and colorful characters, most of them highly regarded in their areas of historical expertise. Jim and Theresa started a Western Americana publishing company in 1979 and enlisted these friends to bring the overlooked stories of western outlaws and lawmen out of the shadows or the realm of inaccurate romance and into reality.

He is survived by his wife of 61 years, Theresa; his daughters and their spouses, Elizabeth and Eric Blodgett, and Susan and Jim Palmer; and three grandchildren Spencer Schmidt, Chloe Blodgett and Evan Blodgett; brother Donald Lewis Earle; and many nieces and nephews. He is preceded in death by his parents, Hubert and Edna Earle; and his beloved dachshunds Slouch, Slouch II, LeRoy Brown, Barney Brown, Chucky, Lulu and Shorty.

The family would like to thank David Hackethorn, MD, of Baylor Scott & White, the caregivers at the Parc at Traditions and Hospice Brazos Valley for their care in Jim’s final days. The family would especially like to acknowledge the love and care provided by family friends, Vicki and Jay Rudder.

A graveside service will be held Monday, February 11, 1:00 pm at Earle’s Chapel in Jacksonville. In lieu of flowers please send a donation, in Jim Earle’s honor, to The Battalion at Texas A&M University.

To send sympathy gifts to the family or plant a tree in memory of Jim Earle, please visit our tribute store.