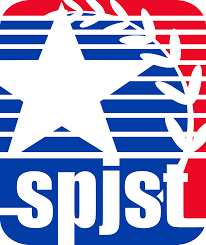 Florence Elizabeth Vavra Wilder was born on September 30, 1950 to her parents, Andrew John Vavra Sr. and Lola Dee Baker Vavra, in Bryan, Texas. Her Father provided for the family with his career as a truck driver and her Mother supported the family as a Homemaker, raising the children. Her father's Czech heritage became an important part of Florence's life. She grew up and was raised in Bryan, Texas with her siblings, Andrew John Vavra Jr., Alvin Vavra, and Barbara Miller.

As a child, Florence was a very good and responsible kid. She was the "goody-good" of her siblings, always following the rules. She was someone that appreciated cleanliness, always having things neat and tidy. She enjoyed family vacations when she was younger, especially vacations to the coast. Florence graduated from Stephen F. Austin High School in 1969.

Later that year, Florence met Johnny Earl Wilder at the Dairy Queen in town who she later married. They got married on July 10, 1969 at All Faith's Chapel in College Station, Texas. They had two amazing children together, Jo Lynn Wilder Dunn and Jason Earl Wilder. Her children meant the world to her! Jo Lynn and Jason were the most important people in her life; she showered them with love while raising them both. She would do anything for her children and selflessly made many sacrifices for her kids, proving her love for them time and time again.

Florence had an amazing career working at F&F Tobacco and Vending. She was described as a very dedicated and loyal employee. She enjoyed working for the Fickey family for over 40 years. Florence was known as loving to those who knew her, but quite shy around those she didn't know well. She was very sweet and kind, and everyone enjoyed being in her presence. Florence was also a lifelong member of SPJST, Slovanska Pdporujici Jednota Statu Texas. She was involved in SPJST in honor of her father, to preserve and spread the Czech culture in Texas.

Florence and her mother both loved to travel, and enjoyed trips together throughout her life! They enjoyed adventures all over the world! A memorable trip for both of them was when Florence took her mother back to the coast that they used to visit together as a family after her father passed. They also got to go on a trip of a lifetime to Europe when her nephew was born in 1987. They always enjoyed their exciting trips and appreciated the fun memories they had together. Florence was very involved with her family and spent much of her time making memories with her children and grandchildren. They took many vacations together to the coast that her parents had taken her to as a child and showed her grandchildren where she had gone as a kid.

Spending time with family was Florence's favorite pastime, however, she also loved playing Bingo, was an avid reader, and enjoyed painting and cooking. She loved trying new recipes! Her favorites were Chili and homemade sweets. Florence was a very loving woman, but also quite feisty! She could sometimes be strong-willed but always a sweetheart. She had a fierce love for her children and extended family. The days her children were born were the greatest days of her life.

The family will be having a visitation to celebrate Florence's life from 5-7 PM, Monday, March 18, 2019, at Hillier Funeral Home of Bryan. Please visit to share memories and condolences with the family. In lieu of flowers, the family would like to have donations made in her name to Hospice Brazos Valley.

To send flowers to the family or plant a tree in memory of Florence Elizabeth Vavra Wilder, please visit our floral store.