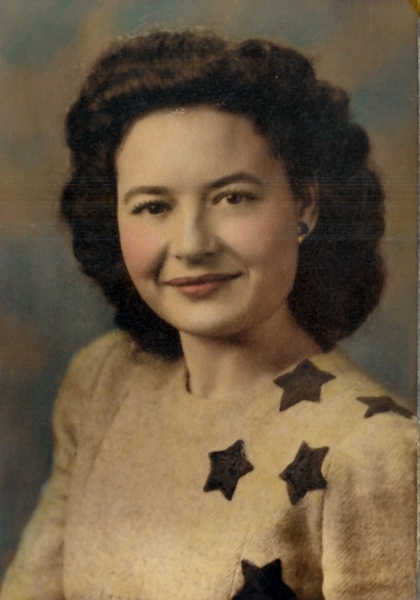 
Yvonne "Bonnie" Patijoy (Barton) Nichols went to her heavenly home on September 15, 2021. She was born May 24, 1925 in Breckenridge, TX to Oral Frazier and Verda Eunice (Williams) Barton. Bonnie graduated from Crane High School in 1942, then moved to Escondido, CA and attended Oceanside-Carlsbad Community College and Pepperdine College before moving back to Texas where she finished her education at Abilene Christian College in Abilene.

It was there that she met the love of her life, Glenn Rhue Nichols, and the two were married on June 19, 1946, spending a lifetime together until his death on December 17, 2010. Bonnie supported every endeavor of her husband and best friend, but her greatest role was serving alongside him in the ministry as he became a Church of Christ preacher. They both dedicated the remainder of their lives to the Lord and served Churches in Grand Island, NE., Wilkes-Barre and Harrisburg,¬¬¬ PA., Wilson, N.C., Hobbs, N.M., and McCamey and Odessa, TX.

Bonnie was preceded in death by her husband, parents, son, and brother, Jerry Alan Barton.

A memorial service and celebration of her life will be held at 2 pm, on Tuesday, September 21, at the Brazos Valley Church of Christ in College Station.

To order memorial trees or send flowers to the family in memory of Yvonne Nichols, please visit our flower store.