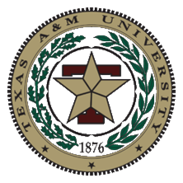 Yui-sing was born on January 29, 1953 in Taipei, Taiwan, where he grew up. He earned degrees in Horticuluture and Computer Science at Taiwan National University and Texas A&M University in College Station where he eventually settled and married. There he had two children and working as a systems analyst for the university until his retirement in 2014.

True to his background in horticulture, Yui-sing was very passionate in cultivating a large and bountiful home garden, and selling his beautiful plants to close friends and members of the community. Whenever there was sun-shine, he could be found outside tending to his plants or pursuing other projects and constructions in his backyard. He even built by hand a fairly impressive backyard playground/ jungle gym for his sons.

He was an animal lover, with a variety of different pets including birds, rabbits, rodents, dogs, and most of all, hundreds of fishes in over 20 home aquariums. That was another avid hobby of his.

Yui-sing was a very devoted Christian throughout his entire adult life, working hard to instill those values within his wife and his sons. He is survived by his wife, Hsing, and his sons, Jonathan and Eric.

To order memorial trees or send flowers to the family in memory of Yui-Sing Fann, please visit our flower store.