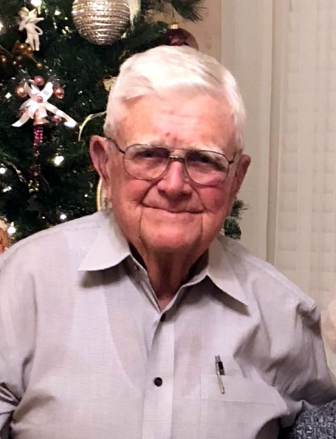 He was born in Bryan, Texas, to Walter William Hicks and Mary Nannie Slaughter Hicks on December 13, 1926. As a youth, he loved to build and fly model airplanes, so he was excited to join the Air Force Reserve while he was attending Stephen F. Austin High School from which he graduated in 1944. His greatest ambition was to be a fighter pilot.

While in the Air Force nearing the end of World War II, Willis served in France and Germany. After being discharged in 1947, he attended John Tarleton College before transferring to Texas A&M University.

He graduated from Texas A&M in 1951 with a Bachelor of Science in Wildlife Management and married the love of his life, Billie Ruth Outlaw, that same year.

The couple moved to Katy, Texas, in 1952 where he and a partner started a liquid fertilizer business. In 1968, he and Billie purchased a ranch in Brazos County, and when Willis retired from the fertilizer business in 1970, they returned to Bryan to pursue farming and ranching. Willis earned numerous agricultural awards throughout the years, including: a 1983 Award of Merit from Goodyear Conservation Awards, a 1990 Outstanding Rancher award from the Bryan/College Station Chamber of Commerce, and a 1993 Outstanding Conservation Farmer award from the Brazos County Soil and Water Conservation.

Willis was a hardworking man and who not only instilled his work ethic in his children, but also brought them up to be as supportive and kind as he was. When he wasn’t working, Willis enjoyed spending time with his family, hunting and fishing in the Texas hill country at their place along the Llano River, as well as at their place on Lake Limestone.

Willis is preceded in death by his parents, Walter and Nannie Hicks; sister, Myrtle Martin; grandson, Lance Burch; and son-in-law Sammy Catalena, all of Bryan, Texas.

A visitation will be held at Hillier Funeral Home of Bryan on Friday, January 28, 2022 from 1:00-2:30pm. The funeral service will begin at 2:30pm, followed by the burial at the Bryan Cemetery.

To order memorial trees or send flowers to the family in memory of Willis Barron Hicks, please visit our flower store.