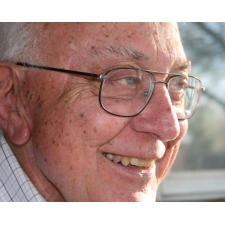 William was born in Rosebud, Texas to Felix and Juanita Neinast. He graduated from Texas A&M in 1950. Bill often told stories of his days as a server at Duncan Dining Hall. Following graduation, he served in the military as a lieutenant in the U.S. Army. While in the Army, he met the love of his life, Nell Hyland, at Camp Chaffee, Arkansas. They were soon married on January 25, 1951 and spent the next 63 years together raising a family and traveling the world.

After family, Texas A&M was the center of his life. Bill was a fixture at all Aggie sporting events, but football was his favorite! He boasted that he had traveled to all of the old SWC and Big 12 stadiums to watch his Fightin' Texas Aggies. Because of his love for A&M, he moved to Bryan and lived here for the last 10+ years of his life.

He is preceded in death by his wife, Nell, and his parents and two sisters.

As an expression of sympathy and in lieu of flowers, memorial contributions may be sent to Texas A&M Corps of Cadets.

To order memorial trees or send flowers to the family in memory of William W. "Bill" Neinast, please visit our flower store.