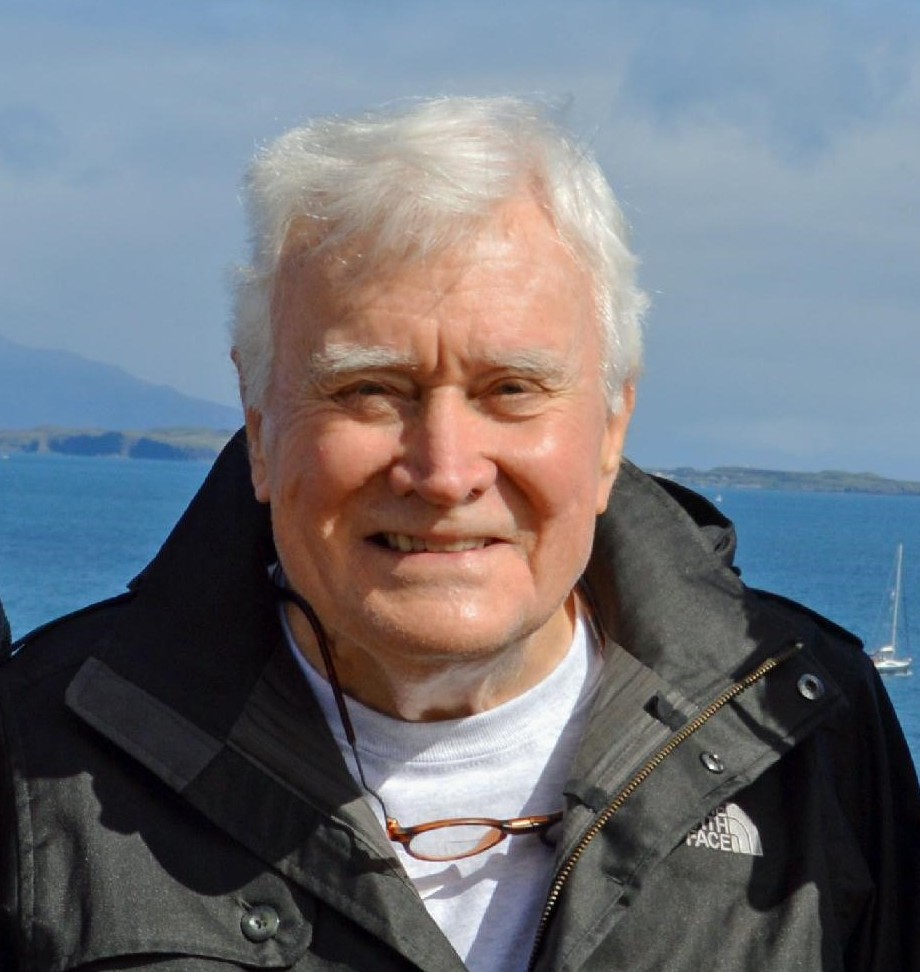 
Bill McCain led a full life that ended on September 20 in St. Joseph Hospital in Bryan, Texas. He was born February 20, 1933 to Dr. William D. McCain Sr. and Minnie Lenz McCain in Greenville, Mississippi. He enjoyed dancing, doing Sudoku, his children/grandchildren, Fox News, his Labrador retrievers, teaching students, writing books, smoothies that he concocted, and sneaking a piece out of a puzzle others were putting together.

Bill began his military career by enlisting in the Mississippi Army National Guard (MANG) on his 17th birthday. He returned to Jackson MS from military training to receive his high school diploma in 1951. He served in the U.S. Army during the Korean War from 1951-53 as Sergeant First Class, Artillery. Years later he would be the officer in charge of the MANG, a post his father had held.

After returning home from Korea, Bill attended Mississippi State University (MSU). In 1954 he and Barbara Uhalt were married and had three children: David, John, and Leslie. Bill's college education in chemical engineering was completed in 1964 (B.S. from MSU, M.S. and PhD. from Georgia Institute of Technology.

Bill's 50-year history in petroleum engineering includes both faculty and consultative positions. He gained his early experience with Esso/Exxon Research Laboratories from 1956-63. Bill was Associate Professor of Petroleum Engineering for two years at MSU.

For the next 11 years, Bill was Professor and Head of the Petroleum Engineering Department (1965-76) at MSU.
In order to attend the Army War College in Pennsylvania, Bill left his position at MSU. He served in the Army from 1976-84 as Colonel, General Staff, placed on retired list as Brigadier General. He handled administrative duties of the Division Chief, Department of Army Staff, in the Pentagon. He was advisor to the Commanding General, U.S. Readiness Command. He also was advisor to the Commanding General, Fifth U.S. Army.
Initially Bill joined the faculty at Harold Vance Department of Petroleum Engineering at Texas A&M University (TAMU) as a Visiting Professor from 1984-87 and rejoined the faculty in 1992 Since 1987, he worked with Cawley, Gillespie & Associates (1987-91) in Fort Worth as consulting engineer

Then Bill moved to College Station again and worked for S.A. Holditch & Associates as Senior Vice President & Chief Engineer and member of board of directors (1991-99). He assisted in technical management of the corporation. Schlumberger purchased Holditch & Associates, and Bill then worked for Schlumberger as reservoir engineering advisor (1999-2000).
McCain Engineering was Bill's consulting business. He consulted for several hundred clients, served as an expert testimony witness, and taught short courses for Society of Petroleum Engineering (SPE) and several major oil companies world-wide.
He has three U.S. patents, has published 38 technical papers, and has participated in many technical conferences. He has also published five books, including three editions of the best seller The Properties of Petroleum Fluids and was co-author with Christopher Lenn and John Spivey of Petroleum Reservoir Fluid Property Correlations. As of September, he was working on two more books. Bill is an SPE Distinguished Member, chaired the Education and Accreditation Committee and Mississippi Section, and was technical editor of SPE Reservoir Engineering. He established the William D. McCain Jr. Chair in Petroleum Engineering at TAMU. SPE has given Dr. McCain several awards, the most recent being 2019 SPE Reservoir Description and Dynamics Award.

Bill loved special lab Jetty. She was his girl . . . who carried a teddy bear in her mouth. Bill honored Jetty's memory by funding the first perpetual residency at the Texas A&M Small Animal Hospital, a place where doctors, students, and staff adored Jetty and made her a celebrity.

In lieu of floral tributes, you may wish to send a memorial to either of the following:
Texas A&M Foundation, 401 George Bush Drive, College Station TX 77840 to benefit the Jetty CH Dewberries Argonaut Atalanta RA SH Residency. Please designate the Jetty Argonaut Residency Spendable and indicate 05-58536 in the memo line of the check.

To order memorial trees or send flowers to the family in memory of Dr. William McCain Jr., please visit our flower store.