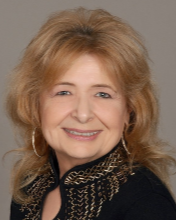 
Vicki Jo Raykovich passed away May 4th, 2020 and is now in the loving care of our Lord Jesus Christ.

Vicki was born to Duane Moore and Bertha Moore on April 27, 1945 in Oklahoma City, Oklahoma. She lived with her brother Jerry and her sister Elizabeth there until the family moved to Houston, Texas. Vicki attended Jesse H. Jones and Stephen F. Austin High Schools. Vicki married Kenny Johnson in 1964 and had three children, Melanie, Russell, and Don. They had been married for 18 years when Kenny left her and married another woman. Kenny and his new wife had a daughter Sara. Over the years Vicki and Sara became very close and had a relationship similar to Mother/Daughter to this day. Vicki went to work for Chevron Corp. at their headquarters in downtown Houston and continued to work there for 22 years. Vicki was recognized by the executive officers many times for outstanding accomplishments in the various departments she worked in during her career there. She started a recycling program for the 52 story Chevron building that was later adopted as a model for the city of Houston. She was responsible for tenant services for the office leases in the building and was recognized by the tenants for her help and concern. She was in charge of event planning and often organized gatherings and dinners for a thousand people. She was asked to decorate the huge Christmas tree for the foyer entry way of the Chevron building one year and impressed the management so much that she was asked to do the Christmas decorating for the Chevron building each year. After retiring from Chevron, she moved to Marquez around 2007 to take care of her mother. A few years later, after his second wife had passed away, her first husband Kenny became very ill and Vicki took him in to live with her, as friend, so she could take care of him in his last years. She said she just felt it was the right thing to do as he was the father of her children. After her mother and Kenny passed away, she lived quietly by herself. Vicki began working at Hilltop Lakes Chapel as the church secretary in 2016 and continued to do so as the office manager until her passing. She truly loved her job serving God and the congregation of the Chapel. It was at the Chapel that she met her husband Tommy and found love and they were married in the Chapel on June 16, 2018. It was a match made in Heaven. Vicki is survived by her husband Tommy, her children Melanie, Don, and Russell, her brother Jerry and sister Elizabeth, two grandchildren and 2 great-grandchildren.


To order memorial trees or send flowers to the family in memory of Vicki Raykovich, please visit our flower store.