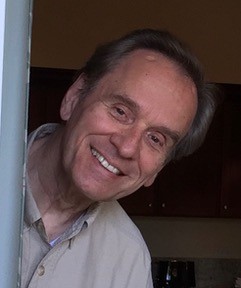 
Thomas "Tom" Arthur Roraff passed away peacefully on February 27, 2021 at Parc at Traditions in Bryan, TX. He was born on May 12, 1945 in LaCrosse WI, the third child of Raymond Arthur Roraff and Agatha (Brueggen) Roraff. Although his two brothers Arthur and Phillip were 15 years and 13 years older, respectively, Tom looked upon them as friends and role models as he grew into adulthood.

He graduated from St. Thomas Aquinas High School and studied comprehensive accounting at University of Wisconsin - LaCrosse, graduating on June 1, 1968. Tom chose Federal Civil Service as his career and he began working in the U.S. Government Accounting Office (GAO) in July 1968, until he was inducted into the U.S. Army in December. Tom served in Vietnam in the Big Red One 1st Infantry Division, 2nd Battalion, 28th Infantry Division "Black Lions"; 2nd Battalion (Mechanized), 2nd Infantry; and, in the 537th Personnel Company in Bien Hoa until November 1970. Upon returning home, Tom rejoined GAO, and in the late 1970s transferred to the Railroad Retirement Board. In January 2004, Tom retired with 36 years Federal service.

Upon retirement, Tom moved from Skokie, IL to College Station. While living in the Chicago area, Tom was an active member of the Oak Park Ski Club and enjoyed outdoor sports and activities, including downhill skiing, biking, camping and hiking. Tom and Marti met at Oak Park Ski Club in the winter of 1990 and, by that fall, they were committed to each other. Their extraordinary love and commitment carried them through Marti's move to College Station in 1995 and the next nine years of navigating their long-distance Illinois-Texas relationship, until Tom's retirement. They were married on March 13, 2004 in College Station and honeymooned on a long-planned trip to China.

Over their thirty years together, a shared love of travel and exploring new places would take them to cities throughout the U.S. and into Canada and over to Europe. Tom never met a stranger and loved nothing more than to engage a "local" in conversation and learn about the community and customs beyond the typical tourist's view - whether in a small shop in Hawi on the north end of the Big Island or a pub in Dublin. Travel was not just about the places, it was about sharing traveling and sharing many beautiful sights and wonderful new experiences with family and friends.

Tom was a life-long learner … an avid reader, with a wide range of interests from the Civil War to WWII naval history to political and current events. Some of his favorite authors included Bob Woodward, Studs Terkel, and former newscasters and presidents. Once he retired, Tom became active in the local Democratic organization, canvassing neighborhoods and getting out the vote. Tom was proud of his service as Alternate Election Judge in general and primary elections from 2008 to 2012.


He would spend hours on his computer, diving into the topic du jour, reading and making notes, absorbing new ideas and learning. College Station turned out to be the perfect retirement community for Tom. He loved being among the students … often at Sweet Eugene's, interacting with them, engaging in discussions. Tom aligned with Texas A&M core values - loyalty, integrity, excellence, leadership, respect and selfless service - and he thoroughly enjoyed being involved with the young people in the University community.

Tom is preceded in death by his father Raymond Arthur Roraff, his mother Agatha (Brueggen) Roraff; and his brother Arthur Raymond Roraff. He is survived by his wife Marti (Martha) Wells Marberry; brother Phillip Roraff and wife Judith of LaCrosse, WI and sister-in-law, Rosalie Roraff of Chandler AZ, widow of his brother Arthur, and nieces and nephews; and, dear friends and our chosen College Station family, Kerry Noack and Eric Wilson, Angela Vasquez, and Samantha and Jacob Wilson.

Tom's family would like to thank Amanda, Jasmine and Tree at Allumine Home Health & Hospice, Lara with Comfort Keepers, and all the staff at Parc at Traditions for the loving care that was given to him.

Service arrangements are in the care Hillier Funeral Home. Many of Tom's family are out of town and unable to attend in person, and in these times of COVID-19, it is simply safer to attend the service virtually. Please use the following link for the livestream of the service (…).

To order memorial trees or send flowers to the family in memory of Thomas Roraff, please visit our flower store.