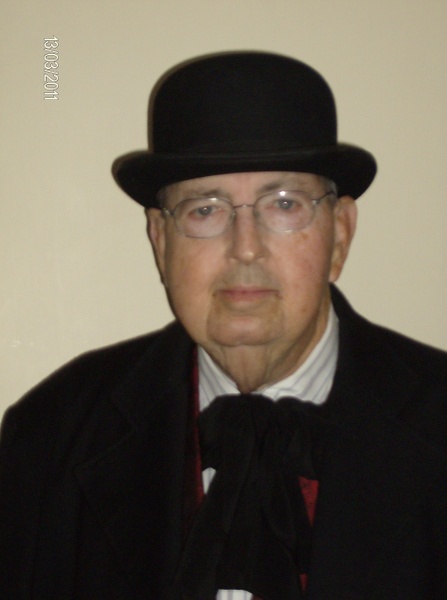 Thomas Cranford Holt popped into this world on January 15, 1944 in Temple, Texas. He recalled watching his younger brother, Larry G. Holt playing in their yard in Caldwell, Texas. In 1949, the family moved to College Station and his father, O.M. Holt, PhD, left his job teaching in Caldwell to work for the Texas Education Agency and later began teaching Agricultural Education at Texas A&M University. His mother, Celeste V. Duncan Holt, taught elementary school in Burleson County, Bryan, and College Station.

Cranford, as his family called him, studied in College Station and Bryan schools, graduating from Stephen Austin High School in Bryan, Texas in 1962.

At about age 12, Cranford was baptized at Calvary Baptist Church in Bryan, Texas and his undying faith has kept him strong throughout his life.

Joining the Navy was his ambition, so in 1963, he volunteered, and was proud to serve on the aircraft carrier, USS Kearsarge CVS-33 during which time his vessel was posted off the coast of Vietnam when the Gulf of Tonkin incident occurred. He served active duty to 1965, and then in the Reserves to 1968.

At Bethel Lutheran Church in Bryan, Texas, in 1963, Thomas wed Dolores Irene Greiffenstein O’Connor, whom he had met at high school. His son, Trant Carey Holt, entered the family in May of 1967. An amazing and proud moment for his father, Thomas who has always treasured him and maintained a strong lifelong relationship. Unfortunately, the marriage did not last, but the relationship with Trant did—strong as ever. Trant and his then wife, Gail Draut presented Thomas Cranford with a captivating granddaughter, Natalie Renee Holt. Joy unending!

After the Navy, Dolores, Trant, and Thomas moved to Tyler, Texas where he earned his Associate of Arts in Applied Engineering at Tyler Junior College. Next, they landed in Houston where Thomas built his first career working as a graphic artist in the oilpatch, teaching himself to draw drilling bits and machinery in 3-D, and then figuring out how to use an airbrush gun to color them in 3-D. Later he learned computer graphics and launched his first business.

In 1993, Thomas met Linda G. Jackson Case at St. Mark Lutheran in Houston where they were wed in 1996, and moved to Robertson County, Texas. Linda taught school in Hearne, but it was not long before they moved into the Holt family home on Francis Drive in College Station, Texas.

Graphic artists being thick on the ground in Brazos County, Texas, Thomas began a new line of work: he started a small local delivery service called Lone Wolf Couriers and built it up to six vehicles delivering locally and to businesses in several states. Because of poor health, Thomas retired and sold the business in 2012.

In August 2006, Thomas became a grandfather to Natalie Renee Holt who quickly became the light of his life. Natalie’s sweet disposition and Thomas’s lively personality formed the basis of their close bond.

On March 25, 2022, after a lengthy hospitalization, Thomas Cranford Holt gently slipped into the waiting arms of his loving savior.

Thomas is survived by his wife, Linda of Brasstown, North Carolina; son, Trant of Ohio; granddaughter, Natalie of Ohio; his brother and sister-in-law, Larry and Judy Holt of College Station, Texas; nephew, Austin L. Holt of Dallas, Texas; and several cousins from the Duncan side of his family.