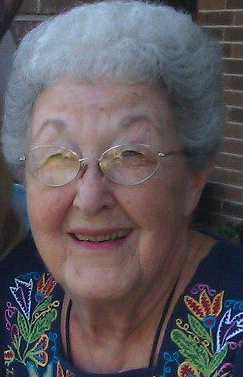 
Thelma Louise McGill, 88, a long-time resident of Bryan passed away peacefully on Thursday, July 22, 2021, at her home. Born in Fairview, Pennsylvania on June 2, 1933, Thelma graduated from Rice Avenue Union High School and Erie Comptometer School in Erie County. She then moved to Houston and worked for Southern Pacific Railroad where she met and married Davis McGill in 1957. The couple lived briefly in Shreveport, Louisiana, and then Austin where Thelma worked for the local telephone company while Davis attended the University of Texas. After Davis' graduation, the couple returned to Houston where their son, Jerry, and daughter, Cara, were born. In 1965, the family settled in Bryan where Thelma began a lifelong career as a homemaker and was active in the Brazos County community.

A very talented seamstress, Thelma created costumes for numerous productions at Stage Center, a local community theater, and for Central Baptist Church where she was a long-time member.

In the 1970's Thelma opened the Orange Julius stand in Manor East Mall where she enjoyed owning and operating it while Jerry and Cara grew up.

Then, after raising the children, she enjoyed designing and overseeing the construction of their retirement home outside of town where she and Davis lived for more than 20 years. Passionate about cooking, decorating and entertaining, she was known to family and friends for being a gracious hostess. She would often host family and friends there preparing elaborate meals -- from huge holiday dinners to backyard bar-be-ques.

Her passion for sewing and crafts led Thelma to the art of dollmaking in the 1990's. As a child, she learned ceramics from her mother, Helen, and quickly transitioned into the art of creating porcelain dolls. From carving the molds to sewing the costumes, she spent weeks creating each doll by hand. Her eye for detail helped her bring home five first place ribbons in her first show. She continued making dolls for many years to the delight of family and friends.

She was preceded in death by her loving husband of 45 years, Davis T. McGill of Bryan; brother, Richard Frank and parents, Walter E. and Helen Bailey Frank all of Girard, PA.


To order memorial trees or send flowers to the family in memory of Thelma Louise McGill, please visit our flower store.