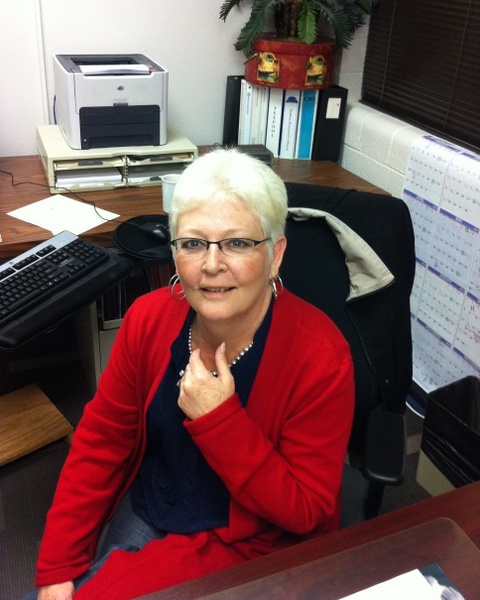 She was born September 28, 1960 to Phillip Wayne Lange and Gladys LaNell Wilson of Bryan, Texas.

Terri attended Bryan High School and graduated in 1978. After high school, she worked in office buildings and other companies doing accounts payable until she became Chief Deputy Treasure of Brazos County where she remained for 33 years. Thanks to her planning and organization, she retired at the young age of 56.

In 1982, she married the love of her life, Carey E. White. She made their first apartment as a married couple into a home in one night while Carey was at work and together, they spent 42 amazing years.

She was the “it” person to everyone in their lives. She once worked almost a week to find 5 cents out of 20 million dollars… and she found it! She had so many come to her for help, and with a willing and capable heart, she always found a way to assist.

Anyone who ever met her, loved her. She was so valuable to Brazos County that when she announced her retirement, they immediately found someone for the job so that she could provide a full year of training so that her knowledge wouldn’t be lost.

Terri loved antiquing, flea markets, her small dogs, and helping people. Her friends and family held a special place in her heart, and the cross country trips she made with them will forever be sweet memories kept in their hearts.

She is preceded in death by her sister, Pam Gulliam; her aunt, Sandra Gibson; and many other relatives.

She is survived by her parents, Wayne and LaNell Lange of Hearne; her loving husband, Carey E. White of Hearne; brother, Loyd Lange and his wife Margret of Tabor: and her very special niece, Jessica Gulliam;  Lacy Lange, Marshall Lange, Kenny White; and many more including cousins and friends.

If there is one thing you can learn from the life of Terri, let It be this, always keep your heart open and be willing to help others. Carey, her husband, wants people to remember her this way because she had a heart as big as Texas!