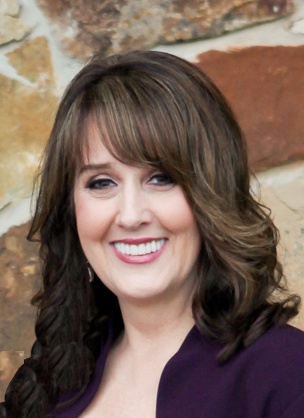 
Terri Thomas Angonia, the most selfless, compassionate woman, passed away on September 23, 2021, at age 61. A visitation will be held from 5-8 pm, with a Rosary & Memory Share to begin at 6:30 pm, on Friday, October 1st, at Hillier of Bryan. A Mass of Christian Burial will begin at 11 am, on Saturday, October 2nd, at St. Anthony's Catholic Church. Graveside services will follow at Mount Calvary Catholic Cemetery.

Born on November 26, 1959, in Pasadena, Texas,to Heston Dee Thomas and Daisy Robena Thomas, Terri Thomas was born during the Texas A&M University vs t.u. game on Thanksgiving Day. She rooted for the Aggies from day one! After graduating class of 1978 from Dobie High School, where she met her lifelong friends, the Fab Five, and attending Sam Houston State University from 1978-1980, Terri graduated class of 1983 from Texas A&M University with a Bachelor of Business Administration in Finance with an emphasis in Marketing. While in college, Terri was a member of the NFL Houston Oilers professional cheerleading team, the Derrick Dolls. Terri was introduced to the love of her life, Dominic "Donnie" Angonia by her college roommate and best friend Cathy Ogle during her senior year. Donnie charmed Terri and persuaded her to come to his softball game. The rest is history. Donnie and Terri were married on August 19, 1988, the same day as Terri's parent's wedding anniversary, at Saint Anthony's Catholic Church in Bryan. They enjoyed thirty-three years of marriage and raising their three children: Dominic Thomas Angonia, Ashley Angonia Seelig, and Brooke Alexandra Angonia. Terri excelled in many roles throughout her life, including spearheading the OPTIFAST program as the Program Director, a Marketing Account Executive at Cox Communications, and was a Co-founder of Angonia Print & Copy with her son. Her greatest success was being the best daughter, wife, mother, aunt, and friend anyone could ask for.

Terri trusted God with all her heart, loved big, had unshakable faith, gave the best hugs, saw problems as challenges that could always be solved no matter how much time it took, and never backed down from something she believed in. She was someone who always loved her neighbor before herself and embodied the woman described in Proverbs 31. She cherished spending time with her family, friends, and fur baby, Boo Boo. She enjoyed going to the lake and dancing, especially when the Rock-A-Fellas played "Brick House." She always made every occasion, no matter how small, special. Her joy, smile, and laughter were contagious. She impacted many lives and left a legacy through everyone she met. She will be greatly missed.


To order memorial trees or send flowers to the family in memory of Terri Thomas Angonia, please visit our flower store.