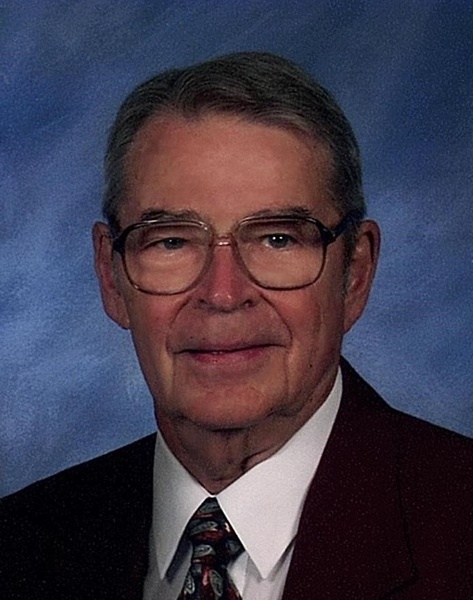 
Teddy James Hirsch passed peacefully onward on November 10, 2021, surrounded by his family at home, at the age of 92.

Teddy was born and raised in Beaumont and Port Arthur, Texas, enjoying hunting and fishing along the Gulf coast and ship channels. He is the great-grandson of Czech and German settlers in Cat Spring, TX (1852), and he is the grandson of a Norwegian ship builder who landed in Pensacola and settled inland in Bagdad, Florida (1894). Teddy graduated from Port Arthur Jefferson high school in 1948, and at the urging of his older brother, Charlie, he took the most difficult high school math classes with the goal of joining the Corps of Cadets at Texas A&M College with a major in civil engineering. At Texas A&M he was the president of Tau Beta Pi Engineering Honor Society and earned the top engineering student Achievement Award of his graduation year '52. He maintained lifetime close friendships with several fellow cadets. After graduating with a Bachelor's in Civil Engineering, he went to work for H.B. Zachry Construction Co. in San Antonio. With Zachry's help, he prepared a bid for a new longer runway for faster high-speed jets at Bergstrom Air Base in Austin and won the job. H.B. Zachry then gave Teddy keys to a pickup truck and a purchase order book and sent him to go start the job.

A few months later, he was awarded a scholarship from Humble Oil Co. to earn his Master's degree, so he returned to Texas A&M. It was during his Master's year that Teddy met and dated a classmate's sister, University of Texas student Mary Jane Munson. Mary Jane arranged dates for her UT sorority sisters with Aggie Cadets, and she arranged one for herself with her brother Thurmond's friend Teddy. They enjoyed going out to Dessau Dance Hall, a country music club. Teddy admired Mary Jane's intellect as a student of biology and a future high school algebra and physics teacher. When Teddy completed his Masters degree in Civil Engineering in 1953, Mary Jane graduated from the University of Texas. After graduation, Humble Oil sent Teddy to drill oil wells on King Ranch near Mexico, but after only a month, he was called to active-duty military service in the U.S. Army Corps of Engineers. The military sent new 2nd Lieutenant Teddy Hirsch first to Fort Polk, Louisiana, where he designed and built a golf course for the war effort and continued to date Mary Jane who was teaching in his hometown of Port Arthur. Soon after, he was sent to Fort Belvoir in Virginia, where Teddy received his orders to report to Seattle within a week to embark for the Korean War. Teddy immediately began on a non-stop drive from Virginia to Port Arthur, TX to put a ring on Mary Jane's finger before driving away again to make the ship from Seattle to Korea.

During Teddy's 19 months in Korea, he was promoted to 1st Lieutenant and became Company Commander of "A" Company in the 493rd Engineering Construction Battalion in Inchon, South Korea. In charge of over 200 men, they built roads, bridges, and airplane landing strips, and in doing so Teddy became proficient in the use of dynamite in a quarry he oversaw. He returned in March of 1955, and married Mary Jane in June of 1955. They both started their professional lives in Port Arthur, TX, Teddy in engineering and Mary Jane teaching high school math.

Upon President Eisenhower's passage of the new interstate highway bill in 1956, the Texas Transportation Institute and Texas A&M called Teddy to come join the Civil Engineering Department to help design the massive project, and with it they offered him a scholarship to earn his PhD. Teddy and Mary Jane returned to Bryan/College Station, her hometown, where they settled and raised their four children, Mary K., Jim, Bobby, and Sarah. Teddy and Mary Jane were actively involved in their church and community. Teddy served on the building committee for the A&M United Methodist Church and was an instrumental voice in the late 90's to keep the church located in the Northgate area across from campus to continue to focus on serving students. He and Mary Jane, along with their close friends Charlie and June Pinnell, Larry and Jean Ringer, Jim and Ann Wild, and others, took the Methodist youth group on their first snow skiing trips to Colorado by way of multi-van caravans. Teddy was also a ready hand for the College Station Noon Lion's Club in many service projects. There too were many of his closest friends. For many years, through the Lion's Club, Teddy was the lead pyrotechnician for the annual City of College Station 4th of July fireworks display, a job which eventually became a family affair, as he and his son Jim both became licensed pyrotechnicians. Through the years his grandchildren also were delighted to help Grandpa set up the annual city fireworks. He also was a member of the President George H.W. Bush Library Foundation where Mary Jane was a long-time docent.

Teddy dedicated his career to teaching Civil Engineering at Texas A&M as a professor, and to leading-edge research at the Texas Transportation Institute from 1956 until his retirement in 1992. These organizations worked together in education and research. He served as Associate Head of the Civil Engineering Department and as Interim Head of the Civil Engineering Department during some of those years. As Head of the Structural Engineering Division at both the Texas A&M Civil Engineering Department and the Texas Transportation Institute from 1965 to 1988, Teddy led his research teams to many life-saving innovations in highway safety, including the breakaway sign post that gives way on collision, crash cushions in front of concrete freeway abutments, median guard rails that prevent large trucks and buses from rolling over or colliding with oncoming traffic, and much more. He travelled to Europe several times to be the principal speaker at conferences to present the latest guard rail and other highway safety innovations to engineers from around the world. Teddy was also involved in developing better safety for evacuating oil-rig platforms in the turbulent North Sea in his study of human tolerance to impact and acceleration. Even after retirement, Teddy was frequently called to analyze guardrail, bridge, and other structural failures, and serve as an expert witness in trials. After the tragic 1999 collapse of the Aggie Bonfire stack, Teddy became a principal source of explanations to the media, including Texas Monthly, and Dateline NBC.

Teddy earned many awards for his tireless work improving highway safety and for community service. Just a few are the Paul Gray Hoffman Award by the Institute of Transportation Engineers (1968); Texas A&M Faculty Distinguished Achievement Award (1969); Outstanding Faculty Award - TAMU Student Engineering Council (1983); and the Outstanding Service Award by the Lion's Club; among many other awards and recognitions throughout his career. Dozens of publications and reports written by Teddy with his distinguished colleagues and closest friends at TTI, many which have obtained US patents, have been adopted by highway departments across the US and the world.

In retirement Teddy and Mary Jane were active in the lives of their grandchildren. Some of the special times they enjoyed together included hosting a bunch of grandkids for a week or two every summer, sports and school events, the annual family reunion at Surfside beach, and taking them on various trips including to Washington DC. A lover of the outdoors, Teddy instilled his appreciation of nature to his children and grandchildren through chopping firewood together, fishing, hunting, and water skiing. Teddy and Mary Jane especially cherished snow skiing with lifelong friends and their children and grandchildren for decades of winter and spring breaks, still snow skiing to the age of 78.

As part of the 12th Man Team, Teddy and Mary Jane scheduled all family activities around every Aggie home game for football, men's and women's basketball, and women's volleyball. Ironically the family found itself doing the same for Teddy's funeral, avoiding both the Ole Miss and the Prairie View football games.

Teddy is preceded in death by his beloved wife of over 60 years Mary Jane Munson Hirsch, his son Robert Jeffrey Hirsch, his grandson Kenneth James Hirsch, his friend and brother-in-law Thurmond A. Munson, Jr. and wife Doris, his parents Leo and Bertha Hirsch, and his older brother Leo "Sparky" Hirsch.

For all events wearing masks is welcomed but not required.

To order memorial trees or send flowers to the family in memory of Dr. Teddy Hirsch, please visit our flower store.