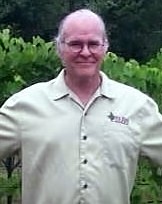 
Stephen Patrick Kirkpatrick, 70, of College Station, Texas, passed away peacefully at home on October 19, 2021, after a three-year battle with cancer.

Steve was born on March 1, 1951, in Portsmouth, Ohio, but spent his childhood years with his parents, Ray and Mary Alice Kirkpatrick, growing up in Farmers Branch, Texas.

After Steve graduated from R.L. Turner High School in 1969, he went on to earn his Bachelor of Science in Biology from Texas A&M University where he was a proud member of the Corps of Cadets and The Ross Volunteers honor guard.

Following college, Steve joined the United States Air Force and was part of the Nuclear Weapons Defense System. After his military service, he spent many years rough necking in the oil fields. Knowing his heart belonged in academia, he returned to Texas A&M, earning a Master's in History of Science degree and began a teaching career (in history) at Blinn College. Steve's calling as an educator would span 25 years of instruction, mentorship, and dedication to shaping the minds of countless students, who affectionately called him "Uncle Steve."

On June 1, 2001, Steve married the love of his life, Victoria Sharpe. His devotion to Vickie is a love story for the ages, and one that extended to Vickie's three children, Nicholas Sharpe (Raquel), Graeme Sharpe (Jessica) and Kim Scheld (Chris). Steve became a father figure, role model, and mentor not only to them, but also to Campbell Cave, and he leaves this legacy in their hearts. Steve was a living embodiment that families are defined by commitment and love.

All who knew Steve were showered with stories when they were around him on the things he loved the most. He had a true passion for Thomas Jefferson, organic gardening, and an incredible knowledge and appreciation of good wine. He planted and maintained a three-acre vineyard at his home, and was blessed with the opportunity to travel to some of the best wine regions of the world, including California, France, and Spain. Steve was also highly well known in the Texas wine industry for his knowledge and passion of wine making.

Steve is survived by two sisters, Patty Franek (Robert) of Austin, and Sally Pierce (Rick) of San Marcos. He also leaves behind three grandchildren, eight nieces and nephews, and countless loving friends, who will agree that he was the epitome of love, kindness and generosity.

A memorial service will be held at Hillier of Bryan on Tuesday, November 2nd at 4:00 PM. In lieu of flowers, we ask that donations be made in Steve's honor to the charity of your choice.

The family wishes to thank everyone at Traditions Hospice, and special thanks to Steve's caretaker and friend, Kennedy Hall, for her tremendous care and love for Steve in his greatest time of need.

To order memorial trees or send flowers to the family in memory of Steve Kirkpatrick, please visit our flower store.