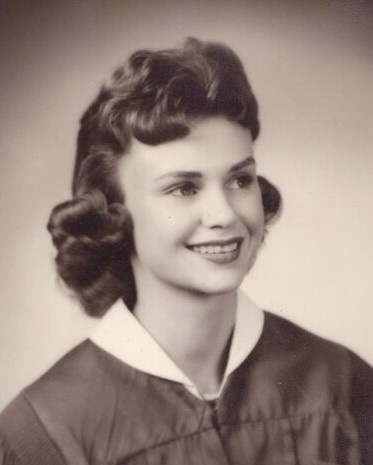 
Shirley Carrol (Phillips) Porter was born on July 30, 1941, in Nocona, Texas to David Scott Phillips and Jewel (Tucker) Phillips. In 1959, she graduated from Nocona High School, where she was as a majorette, played the saxophone for the band, and enjoyed 1950s sock hop dances. She met Wayne Willis Porter, son of Weldon and Dora Lee (Myers) Porter, while both were working for Ross Oil Well Service Company during their summer break. When they met, Shirley was attending North Texas State College, now the University of North Texas, and Wayne was attending the Agricultural and Mechanical College of Texas, now Texas A&M University. The two were married on May 28, 1961 in Nocona, Texas.

Shirley received a Bachelor of Arts in education in 1963 from Sam Houston State Teachers College, now Sam Houston State University. She was one of the first women allowed to attend Texas A&M during summer semesters and was runner-up for Mrs. Texas A&M. In 1967, she received certification for special education from Texas Woman's University. In 1993, she received a Master of Education with a focus on gifted education from Texas Woman's University. Shirley taught first grade in Florida, third grade in North Carolina, and special education in Bowie, Texas. She took a break from teaching in 1982 to open the Bent Tree Bookstore in downtown Bowie, which was also the first store in Bowie to provide teaching supplies in the area. After selling the bookstore in 1984, she returned to teaching in Nocona, Texas, where she taught 7th and 8th grade English, reading, gifted education, creative writing, and one-act play, before retiring in 2001. She also had a passion for writing and published in professional journals and enjoyed writing stories for children and young adults including two books, The Red Brick House and Red River Dust. Shirley loved art, giving to others, and most of all, her family.

A Celebration of Life will begin at 11:30 am, on Saturday, September 25th, at Hillier of COLLEGE STATION.

To order memorial trees or send flowers to the family in memory of Shirley Porter, please visit our flower store.