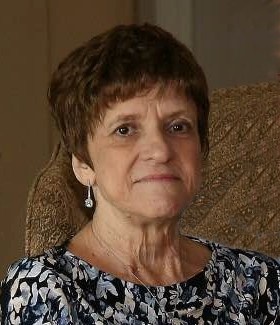 
Shirley McCormick went to her Heavenly home Wednesday, July 21, 2021. She was born in Cooper, Texas, to the late John and Oleta Karney on December 13, 1946, the third of four children. She was raised in the South Oak Cliff area of Dallas, Texas, and graduated from South Oak Cliff High School in 1965. Shirley married W. A. McCormick on July 19, 1968, and was the mother to three children: James, Deborah, and Carol.

A faithful Christian, Shirley was a life-long member of the Church of Christ. She demonstrated her faith and the goodness of Christ in all she did, and was active in many church committees and groups over her lifetime. Shirley attended Tyler Junior College and graduated as a Certified Respiratory Therapist. Shirley then worked for the University of Texas Health Center until she retired. As a retiree, she took up a new hobby of watercolor painting, creating award-winning works that were displayed in art shows and the homes of her family and friends. In 2014, Shirley and her husband, W. A., relocated to Bryan, Texas.

Family and friends will gather to remember Shirley at the Hillier Funeral Home in Bryan, Texas, on Sunday, July 25, 2021, with a public visitation from 2:00-4:00 p.m. and the service immediately following at 4:00 p.m. A procession will leave immediately following the service to reconvene at the Kurten Cemetery (Kurten Cemetery Rd, Brazos County) for a graveside service.

To order memorial trees or send flowers to the family in memory of Shirley McCormick, please visit our flower store.