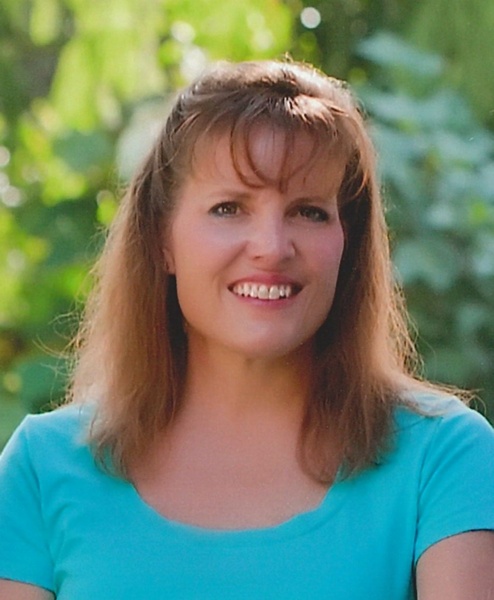 
Shannon Lia Roberts, 56, previously of Austin, Texas and most recently of College Station, Texas, passed away on January 17, 2021 after a long and courageous battle with brain cancer.

Originally diagnosed with an anaplastic astrocytoma brain tumor in 1992 and given just a short time to live, she endured extensive surgery, radiation and chemotherapy and was in remission for over 20 years. Brain cancer returned in 2017, this time in the form of an aggressive glioblastoma brain tumor. Again, she endured radiation, chemotherapy, and surgery in order to beat this insidious disease. Shannon fought with the courage, grace, and positivity that defined her. Unable to endure any more, she died peacefully in her home, under hospice care and surrounded by her loving family.

Shannon led a life well lived and had no regrets. She was the sweetest, purest, happiest person and, despite battling cancer for most of her life, had a positive outlook that truly defined her. Her loving and warm personality, combined with a smile that lit up the room, made her loved and admired by those fortunate to call her family or friend. She was the best of all of us and will be deeply missed.

Shannon was born on March 17, 1964 at St David's Hospital in Austin, Texas. She grew up in the Austin area and ultimately attended school in the Round Rock Independent School District. Shannon was in the first graduating Senior Class of Westwood High School in 1982 after attending Round Rock High School her freshman through junior years. She was an accomplished flutist, Drum Major, in the Westwood Homecoming Court, and a Band and Class Officer during her high school years. A recurring theme of accomplishment and lifelong friendship defined her adolescent years.

Shannon was a proud Texas Aggie, graduating with a Biomedical Science degree in May 1987. She won the prestigious Buck Weirus Spirit Award, served on the Aggie Muster Committee, and was in the Miss Texas A&M Pageant during her time in Aggieland. She continued her studies and graduated with a Pharmacy degree from UT-Austin in May 1991. Again, she excelled and was elected President of the UT Pharmacy Council and awarded the Mortar and Pestle Award to the top graduating pharmacy student. Throughout the nineties, and while battling brain cancer, she worked as a Pharmacist at Albertsons and as a Pharmaceutical Sales Rep with Eli Lilly. Shannon also served as President of the UT Pharmacy School Alumni Association during this time.

Shannon married her high school sweetheart, Wayne Roberts, on July 18, 1987. They met in middle school and, with Wayne's trademark persistence, finally went on their first date in August 1979. It was a fairy tale story spanning over 41 years of dating and marriage, filled with love, gratitude and happiness. Wayne served as her primary caregiver until she passed and ensured that she wanted for nothing until her last breath.

After surviving her first brain tumor in the early nineties, and being told she would not have children, Shannon once again defied the odds and gave birth to Jack Ryan Roberts on June 1, 1996 and Katherine (Katy) Brooke Roberts on December 8, 1997. She adored them until her passing and was immensely proud of their many accomplishments and the fine adults they've become. Both Jack and Katy are truly their mother's children and her legacy will live on in them.

Shannon is further survived by sisters in law, Michelle Roberts Schepcoff, of Spring, Texas, Mandy Harris, of Katy, Texas, and Maria Raij, of Pelham, New York. Shannon was blessed with many loving Aunts, Uncles, Cousins, a Nephew, Nieces, and an extended family. She also enjoyed the love of a vast network of friends spanning childhood until her passing. It truly was a life well lived.

The family wishes to thank Dr. Alfred Yung and the vast resources of MD Anderson Cancer Center for faithfully, compassionately, and aggressively treating and supporting Shannon for over 28 years. Combined with her positivity and never give up attitude, she was able to enjoy many years of additional time defying the odds and we are eternally grateful.

Visitation will occur Thursday, January 21, 2021 from 5-8 pm at Hillier Funeral Home in College Station, Texas. A celebration of her life will be held the following morning at 10 am in the Chapel at Hillier Funeral Home. A graveside service will immediately follow at the Aggie Field of Honor near the Texas A&M University Campus.

The family understands that travel and COVID concerns might make attendance challenging. The Life Celebration will be streamed live on the Hillier Funeral Home website and available for 90 days thereafter. Whether able to attend or not, please consider wearing purple in Shannon's honor

In lieu of flowers, the family asks that you consider contributing to:

Donations to this memorial fund will be matched by the family and directed to brain cancer research and higher education causes, in accordance with Shannon's wishes.

To order memorial trees or send flowers to the family in memory of Shannon Roberts, please visit our flower store.