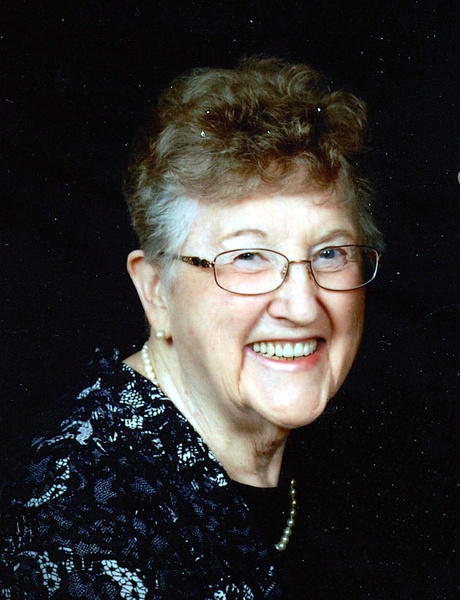 Shannon Barton passed away peacefully in College Station on Wednesday, January 22, 2020, after a wonderful life of 88 years. Shannon was born in the Township of Moore, Village of Rat, Missouri, but grew up in Bunker, Missouri, on a farm during the 30's and 40's. Her parents, Edgar and Nova Sutton, raised nine children during some very tough times, and Shannon always helped her family with canning and taking care of her siblings until she graduated from Black Hills School in Bunker, Missouri.

On September 4, 1953, Shannon married Carl Max Barton in St. Louis, after dating for only four and a half months. She met him through her sister who was dating Carl's cousin. They were married for a wonderful 62 years until his passing in 2015. Shannon was a military spouse for many years as her husband was in the Air Force and moved her family to many different states such as Washington, Mississippi, Massachusetts and Arkansas. In 1959, she flew to England with her two daughters who were 3 and 5 years old at the time where they lived for three years.

In 1968, the Barton family had the privilege to adopt their son Doug after many years of longing for another child. She was involved in the Salem Avenue Baptist Church during her many years in Rolla, Missouri, and when she moved to College Station, she became a member of Parkway Baptist Church. Shannon was a high school attendance secretary in Rolla where she retired. After retirement, Carl and Shannon spent their time traveling together, sometimes with friends and family. They visited every state except Hawaii.

She enjoyed volunteering with the American Red Cross in her younger years; then when she was at Bluebonnet Place Assisted Living in College Station, she was thrilled when asked to serve as an ambassador. Her favorite times of the year were Thanksgiving and Christmas, which she spent with her family baking, playing games and doing puzzles. She loved all kinds of sewing, needlework, playing games and was known as the Rummikub whiz at Bluebonnet Place. She lovingly gave away her needlework and enjoyed displaying her husband's woodwork.

Being a mother was her most important role in life. She showed her love by making her children the food they loved, staying up late nights sewing clothing and just spending time with them. She loved her grandchildren and great-grandchildren just as equally.
She is proceeded in death by her parents, her husband Carl Barton, daughter Rene Lynn, sisters Mildred and Murlian, and brothers Eddie Jr, Donald and Curney.

A visitation will be held at Hillier Funeral Home of College Station, on Friday, January 31, 2020, from 4-6 pm. A funeral service will be held at Parkway Baptist Church, on Saturday, February 1, 2020, at 11 am with a reception to follow.


To order memorial trees or send flowers to the family in memory of Shannon Barton, please visit our flower store.