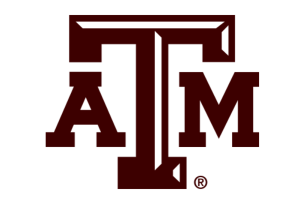 
Scott Allan Kelly passed away at his home surrounded by his wife and 5 children on January 27, 2021 following a lengthy illness.

Scott was born on May 4, 1955 in Albany, Oregon to Richard and Barbara Kelly. He grew up in Albany often spending summers on his grandparents' farm, fishing for salmon on the Willamette River, picking strawberries, and crabbing along the Oregon coast. While attending Linn Benton Community College in Albany, Scott discovered theatre and went on to perform lead rolls in Stop the World, Oliver, Barefoot in the Park, as well as scene design and set construction for both Linn Benton and Albany Civic Theatre. It was as an actor the he accepted a position in Mankato State Minnesota's summer theatre company where he met his wife, Susan. He continued in theatre at Mankato State, earning his undergraduate degree. At Mankato his most notable rolls were as the king in The King and I, Edgar in King Lear, and Lewis in Pippin.

Scott and Susan were married August 16, 1981 and Scott took on the loving care and responsibility for step-daughters, Amy and Kathryn. Following the birth of his first son, Caelan, his career path took a turn from theatre to law school, prompting a move to Portland, Oregon to attend Lewis and Clark Law School. During law school, he interned with the Oregon Attorney General's office, then went into private practice. Following a job offer for his wife at Texas A&M, he joined the staff of the Texas A&M system's General Counsel's office while attaining his Texas Bar license. He served in the General Counsel's office for 30 years, becoming the deputy general counsel, as well a serving as interim general counsel. Colleagues have said that they often relied on Scott for level-headed advice and guidance. He retired in May of 2018.

Although a successful attorney, he never lost his love of acting and took on lead roles in You Can't Take It With You, Largo Desolato, Three Sisters, Lion in Winter, and Pump Boys & Dinettes, and On the Verge. It was a special delight when Scott and Susan were able to take the stage together in the 2-person play of a courting couple, Talley's Folly, for the Texas A&M summer theatre.

The family wishes to thank Comfort Keepers for their care and support over the past two years and Traditions Health Home Hospice for being with the family.

In lieu of flowers, donations can be sent to the American Diabetes Association or the National Kidney Foundation.

To order memorial trees or send flowers to the family in memory of Scott Kelly, please visit our flower store.