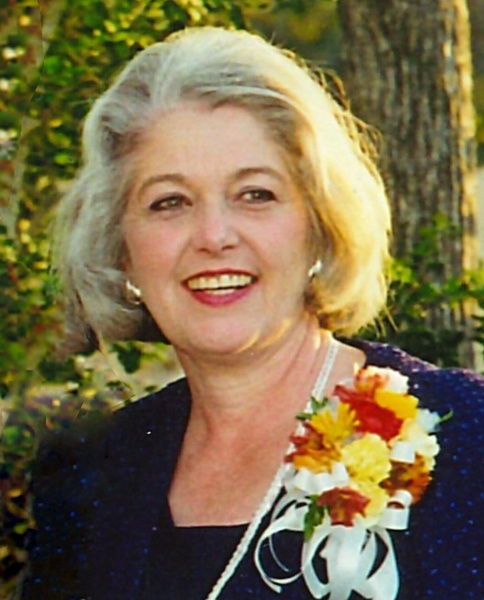 She was born on July 27, 1948 to parents Mose Aston “Maw” Walters of Coleman, TX and Wilma Florence “Rusty” Stokes of Marquez, TX. Growing up in Bryan, her family would often vacation at Big Bend where they could visit her older sister whose family lived in West Texas. On these road trips, she would make her dad pack a small shovel and a bucket in the car so she could dig up and bring back plants and rocks, especially cactus, to grow and decorate with at home.  She continued this tradition later in life, doing the same thing wherever she went on any road trip. Scharlotte was also a Girl Scout, something she continued with her own daughter.

As a teenager, Scharlotte enjoyed choir and during her senior year of high school, played one of the nuns in The Sound of Music. Scharlotte was most well-known during her teen years as the go-to babysitter. Although it may have been a job for a little extra money, her children and grandchildren are sure this is where she developed and honed her skills as a loving mother that they benefited from themselves.

Later in life, Scharlotte met the love of her life, Tommy “Tom” LZ Jones at a family gathering for a distant cousin who was married to Tom’s older brother. Tom and Scharlotte were married and had two loving children, Glenn and Kristy. After raising both kids to their teen years, she decided it was time to begin a new career at the TAMU Physics Department where she worked with new grad-student registration for 25 years.

Scharlotte was a master of budget management and out of necessity, taught herself to be an avid “couponer”, especially during hard times.  She always made sure that her family had the best meals and everything they could possibly need.

Scharlotte’s love was felt by all she knew. Her animated spirit always kept a smile on everyone’s faces. With her natural green thumb, she poured even more of that love into every garden she grew.

Some of Scharlotte’s favorite times were the family gatherings where she loved to prepare and cook all the homemade meals, especially the warm, made-from-scratch bread. For Scharlotte, it wasn’t just the simple task of getting people fed, this was her true gift of love in making every event or holiday special. One of the most important things to her were her grandchildren; she spent so many hours with them, teaching them about her love of gardening and the outdoors.  She loved her grandchildren with all her heart. Scharlotte also loved arts and crafts and kept each and every school art project, card, or doodle that her kids or grandchildren gave to her.  These were always special memories to her.

There are 4 special days that Scharlotte cherished most in her life, one for each grandchild and the day they were born.  With living in Bryan and her daughter living in Dallas/ Ft. Worth, those births were particularly hard to get to in time, but Scharlotte always made it. She once had to call her daughter before one of those deliveries, during labor, and fussed at her for not calling sooner. Scharlotte was affectionately called Mimi and everybody knew if they needed something, Mimi had it and it was most likely found in her purse.

Scharlotte has been reunited in heaven with her parents; Mose Aston “Maw” Walters  of Coleman, Tx and Wilma Florence “Rusty” Stokes of Marquez, TX; and her sister and brother-in-law; Doris and Bill Moore of Crane, TX.

To order memorial trees or send flowers to the family in memory of Scharlotte G Jones, please visit our flower store.