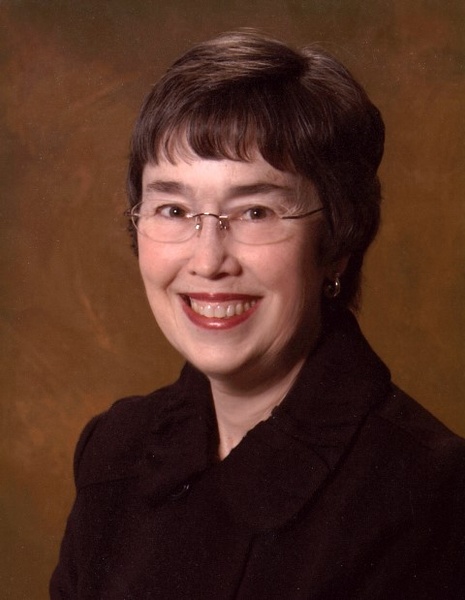 
Sarah Ann Giesenschlag Hensz, Child of God, went to be with her Savior on January 15, 2020, after succumbing to complications from Lewy Body Dementia. She was born September 26, 1948, in Belleville, Texas, to Alton Lewis and Ruth Ann Shelburne Giesenschlag and moved to Bryan when her father began teaching Agriculture in Snook. She attended Trudy's Kiddie College preschool, and in 1959, she moved to a new house on F&B road. She graduated from A&M Consolidated High School and liked to say she was one of the first on the bus in the morning and last to get off in the afternoon.

In 1966, she entered Texas A&M as one of the early women to attend after the school was opened to women in 1964. She told stories about having to go to the basement of the Academic Building for the only women's restroom in the building and telling the boys in class where her seat was for the semester. While at A&M she studied abroad one summer at Monterey Technological in Monterey, Mexico. She graduated in 1970 with a degree in Modern Languages, then took additional classes to earn her a teaching certificate.

In 1966, she met her future husband Robert (Bob) Hensz at a new student event at Our Savior's Lutheran Church. They would see each other on campus and at church but did not start dating until August of 1970. They were soon seeing each other every night and were married in December 1970, after Bob graduated.

In January 1971, they headed to California for Bob's military training. While there, Sarah was a substitute teacher at an Air Force Base School. They then moved to Ft. Worth, where Sarah taught in a Catholic School. In 1974, after their first child was born, she put teaching on hold, so she could devote time to being a mother. Sarah always said her greatest accomplishments in life where her two children. She continually spent time with them reading, cooking, baking and working with them to help them excel.

After living in Omaha, Nebraska, then Montgomery, Alabama, the family moved to Abilene, Texas, where Sarah went back to teaching and earned her master's degree. When the family moved back to College Station after Bob's military retirement, she taught second grade in Bryan ISD, at Kemp and Mitchell elementary schools. She loved teaching and worked with the children to achieve their best. She constantly made sure that all children were treated equally, that they treated each other with kindness and where caring. She retired from teaching in 2012.

Sarah loved to travel and visited England, Scotland, Wales, Belgium, France, Spain, Germany, Greece, Crete, Czechoslovakia and Austria. One of her favorite trips after her retirement was to Damelack, Germany, where the Giesenschlag family originated.
In addition to travel, Sarah loved to go antiquing, she collected a lot of American antiques while in Nebraska, including furniture and her favorite blue and white dishes, which she displayed throughout the house. She was a long-time member of the La Villita Chapter, DAR.

She is preceded in death by her parents Alton and Ruth Giesenschlag and her in-laws Robert and Marie Hensz. She is survived by her husband of 49 years, Robert (Bob) Hensz, a daughter, Elisa Hensz, fiancé Chris Jones and his son Mitchell of Austin,Texas, and a son John Hensz and his wife Trishelle Cannatella of New Orleans, Louisiana.

Donations may be made to Peace Lutheran Church, College Station, or Hospice Brazos Valley.


Your browser does not support this video format. You should be able to view it in Chrome, Safari or Internet Explorer.

To order memorial trees or send flowers to the family in memory of Sarah Ann Hensz, please visit our flower store.