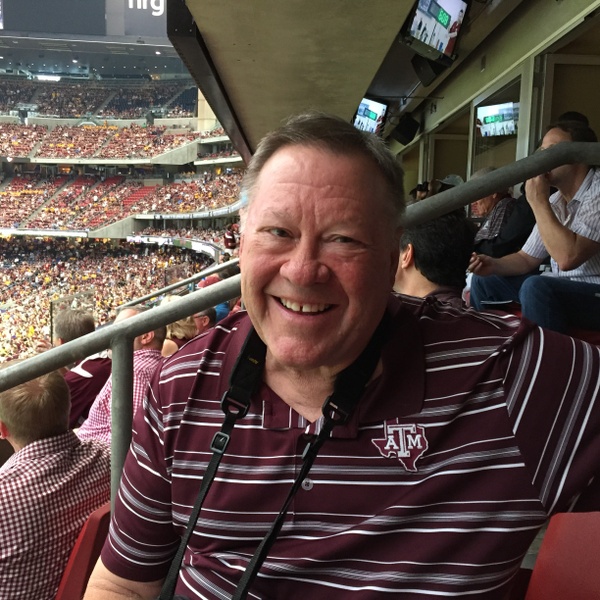 Edward Lane (Sam) Stavinoha passed away on January 23, 2022 in Bryan, Texas, surrounded by his wife and children.  Whether you loved him or whether he made you absolutely crazy - or most likely both - you definitely never forgot an encounter with Sam Stavinoha.  He knew what he liked, and he knew what he didn’t like, and he never felt the need to put up with what he didn’t like.  His personality has been described as “larger than life”, and when he walked in a room, everyone knew it, usually because of his booming laugh.

Sam was born on September 25, 1945 in Temple, Texas to Edward and Mary Stavinoha.  He was adored by his parents and enjoyed a happy (his children might say “spoiled”) childhood.  The Boy Scouts of America was a prominent part of his early life, and Sam achieved the rank of Eagle Scout, as well as membership in the Order of the Arrow.

In the summer of 1962, when Sam was 16, he moved with his parents to Alvin, Texas.  It was there that he met the love of his life, Donna Odom.  Once he laid eyes on her, he made up his mind that he would spend the rest of his life with her right by his side.  Upon his graduation from Alvin High School, in 1964, Sam attended Texas A&M University.  As soon as he could, he married Donna in December of 1965, and Donna began attending classes at A&M in the spring of 1966. After the two graduated in1968, Sam served a tour of duty with the US Army in Korea during the Vietnam conflict.

Sam and Donna raised their family in Alvin, Texas.  Sam spent most of his life in sales, selling automotive equipment throughout the US.  He also served 12 years as a trustee on the board of the Alvin Independent School District.

In retirement, Sam and Donna returned to College Station, where they could be close to Texas A&M and Aggie sports.  There are few things Sam loved more than Aggie sports, especially Aggie football.  Retirement also gave the couple the opportunity to travel and go on many cruises around the world, another of Sam’s favorite pastimes.  Between attending Aggie sporting events, cruising, enjoying Mexican food, and spending time at Camp Creek Lake with his family, Sam also found time to serve on his neighborhood HOA board, which he dearly loved.

Sam is survived by his wife, Donna; his son Reid Stavinoha and his wife Lalena of College Station; his daughter Brandi Wax and her husband Brandon of Tomball; his grandchildren, Kayla, Karly, Graydon, Caroline, Sydney, Tara, and Mary; and great-grandchildren William and Cash.

Aggie veterans were near to Sam’s heart.  Contributions are welcome to the Texas A&M Veteran Resource & Support Center.

To order memorial trees or send flowers to the family in memory of Sam Stavinoha, please visit our flower store.