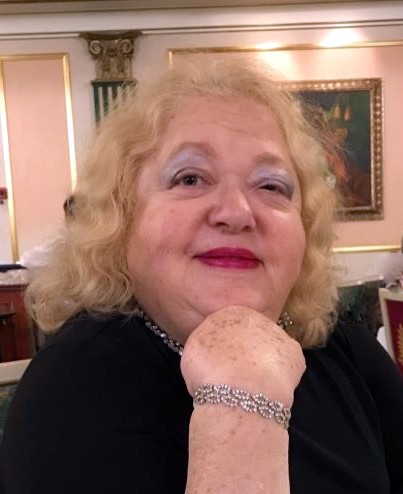 Ruth was born in Tel Aviv on March 31, 1942. Her parents moved to Houston when she was sixteen and then to New York. Ruth raised her family on Long Island where she worked as an agent for the Internal Revenue Service for over 27 years.

On December 12, 2009, Ruth married Allen Segal and returned to Houston. Upon retirement, Ruth found great joy in her beloved Goldendoodle Nestlé, and in traveling with Allen on vacations, to visit her grandchildren in California, and to see her family in Israel.

A graveside funeral is scheduled for Wednesday, January 22, 2020, at 3:00 PM at Bryan City Cemetery (1111 N. Texas Ave, Bryan, TX 77803); Rabbi Ron Segal (Atlanta, GA) will officiate. In lieu of flowers, please consider a contribution in Ruth's memory to a local animal shelter. The family is grateful to all of Ruth's caregivers and hospital staff for their efforts, care, and dedication.

To order memorial trees or send flowers to the family in memory of Ruth Rubinstein Segal, please visit our flower store.