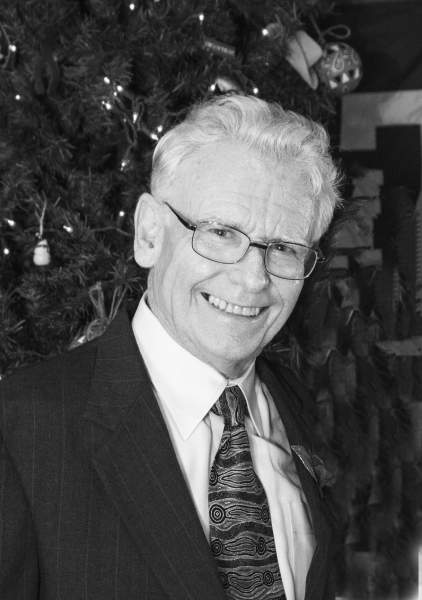 
Ronald "Ron" Brian Ainsworth Sr. passed on to be with his Lord and Savior on Thursday, April 30, 2020, surrounded by his family.
Ron will be reunited in heaven with his parents, William Faye and Mary Alice Ainsworth and friends.

Ron Ainsworth was born on October 28, 1942, in East St. Louis, Illinois. Ron was a resident of College Station, Texas, and a native of the town of Central, Louisiana. Ron's mother passed away due to cancer when he was 13 years old. After that, Ron helped his father run their small farm, gas station, and hardware store. Growing up, Ron enjoyed playing baseball and football. He never cared about the outcome of the game; he just enjoyed playing! Ron was a member of Central Riding Club, and barrel raced with his horse, Fliver. Throughout his childhood, Ron had several pets - a pet donkey named Pedro, a raccoon named Bozo, a goat named Esau, and a Border Collie named Buddy. After graduating from Central High School, Ron studied and received his Bachelor of Science in Pharmacy at Northeastern Louisiana University, now known as the University of Louisiana Monroe.

Ron had a successful career as a practicing registered Pharmacist. He ran two successful businesses - Ainsworth Pharmacy and Northside Pharmacy - and partnered with Woodlawn Pharmacy and Village Pharmacy. In June 2015, Ron received his Gold Certificate from the Louisiana Board of Pharmacy for 50 years of service. Pharmacy was his passion, Jesus was his Savior, and his family was his life. Ron would always say, "A college degree was 'the ticket' to supporting a family."

Ron married his loving and adoring wife, Mary Catherine "Cathy" Taylor Hughes, on December 1, 2012. They had a small ceremony with family and friends at Christ United Methodist Church in College Station, Texas. They had many adventures together, such as fishing in Pagosa Springs, Colorado, and sightseeing in Santa Fe, New Mexico.

Remaining cherished of his memory, Ron is survived by his wife, Cathy Ainsworth, of College Station, Texas; His sons, Ronald Brian Ainsworth Jr. and wife Jamie, Clinton William Ainsworth and wife Shawn, Lea Taylor Ainsworth and wife Candiss, and Brad Nathaniel Bankston; his grandchildren, Sarah and husband Cobey Hendry, Ivy, Cassidy, Alison, Presley, Maggie, and Mason; and his former wife, Mary "Kitty" Ainsworth of Walker, Louisiana. Along with his parents, he is preceded in death by his late wife, Glenda Gayle Ainsworth of West Monroe, Louisiana, and his half-sister, Catherine E Lewis of Baton Rouge, Louisiana.

Ron considered his sons his greatest accomplishment; he loved them dearly and was so proud of each of them. While the boys were growing up, they would take family vacations revolving around Ron's pharmacy conventions throughout the Gulf Coast. Ron strived to be the best man he could be for his family by balancing his time as a husband, father, and small business owner.

Ron's relationship with his Lord, Jesus Christ, was vital to him. Always proud to be a Christian man, Ron was involved with the church. He attended Christ United Methodist Church in College Station, Texas. Additionally, Ron was a proud member of the church's Bible Study Group. Before moving to College Station, he was a member of Parkview Baptist Church in Baton Rouge, Louisiana.

The family extends sincere thanks to the staff at CHI St Joseph Health College Station Hospital who lovingly cared for Ron until the time of his passing. The family is grateful to the many people who prayed for our family and Ron, those who reached out, and the many acts of kindness shown us during this time.

The bible says to think on the good things (Philippians 4:8, NIV).

To order memorial trees or send flowers to the family in memory of Ron Ainsworth, please visit our flower store.