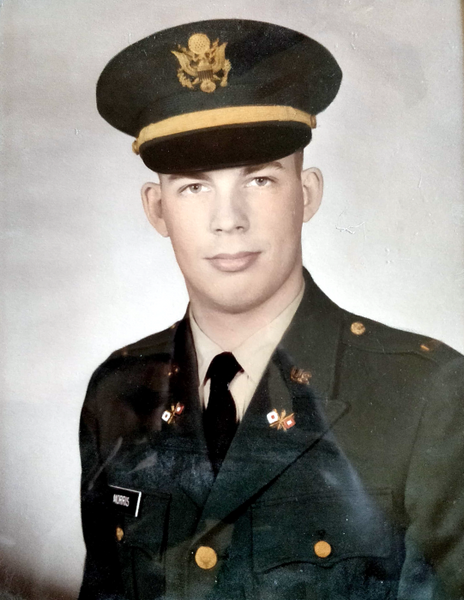 
On March 26th, 2020, Rodney Lee Morris, 75, of College Station, Texas, passed away from cancer in his home in the Parc Traditions Senior Residence, comforted by friends and caregivers.

Rodney was born in Missoula, Montana, to Edward and Sophie Morris. After completing high school, he attended Pennsylvania State University and graduated in 1966 with a Bachelor of Science in Microbiology. He also received a commission as Second Lieutenant in the U.S. Army.

He then spent three years in the Army. His military service included duty in Korea, during the Korean War, where he attained the rank of First Lieutenant in the Signal Corps. In 1969 he resigned from active Army duty and transferred to the Army Reserves. He pursued his education in California while in the Reserves, and in 1975, he received a Master's degree in Microbiology from Long Beach State University. In 1985, he completed his Army Reserve duty and was discharged with the rank of Captain in the Signal Corps.

Upon graduation from Long Beach in 1980, he was admitted to the Biology program at Texas A&M University. He began his studies towards a PhD in Cell Biology, which he achieved several years later. While at A&M, he assisted faculty and other students in their research. In addition, he enjoyed working with faculty and townspeople to pursue his hobby of brewing, and became well-known in Brazos County as a master brewer. His skills were well recognized, and he started a local brewing club called the Malthoppers. During the same era, he published several articles in Zymurgy, an international brewing magazine.

Rodney is survived by his brother, Arthur of Springfield, Virginia; his niece, Adele Morris of McLean, Virginia; and his nephew, Arlen Morris of West Palm Beach, Florida. He is interred at the Houston National Memorial Cemetery in Houston, Texas.

To order memorial trees or send flowers to the family in memory of Rodney Morris, please visit our flower store.