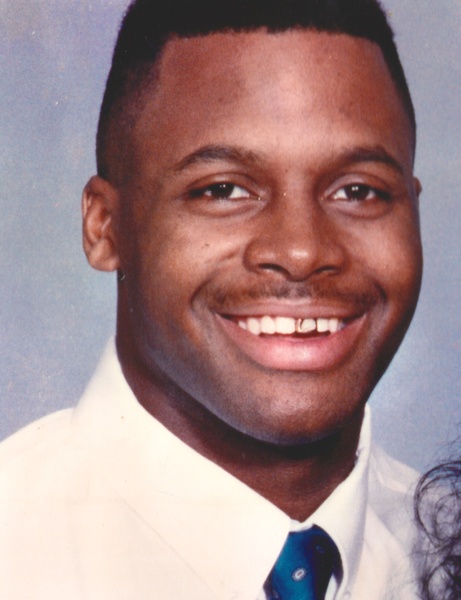 Robert Earl Phillips, Jr. left this world on February 14, 2022. Robert was a hard-working, sociable man known for his radiant smile. He always gave big bear hugs and held a heavy, meaningful hand shake. He valued an optimistic perspective and insisted to look at the brighter side of life. Something he often said was, “In the same token”.

Robert grew up in Bryan, Texas, with his Baptist family, members of the Galilee Church. He loved to get together with his sisters and dance, but specifically break dancing in his room every night until his parents fussed at them all to go to bed. Robert graduated from Bryan High School in 1988. He met his wife, Maria Cenobia, while working at Kroger’s as a butcher. She came in to place an order, but he made sure to get her name.

Robert loved family camping trips to the Guadalupe River and fishing with his best friend, Jeff. He enjoyed taking his wife to Mexico to visit her family. He enjoyed grilling steaks and having barbeques with family and friends. He loved to make his family happy by bringing home brownies and potato wedges for dinner. He was always found at Bryan High School football games on Friday nights and had a large collection of sports hats. His biggest passion was attending San Antonio Spurs championship parades on the boardwalk. His greatest day in life was purchasing his first car with his hard-earned money, but he loved every pickup truck he ever owned. Robert’s favorite job was as the cook at Fuddruckers, especially the catering events at the ATM football games.

Robert was reunited in Heaven with both set of grandparents, Phillips and Cavitt-Washington; and a grandson, Jacob Eli.

To order memorial trees or send flowers to the family in memory of Robert Earl Phillips, Jr., please visit our flower store.