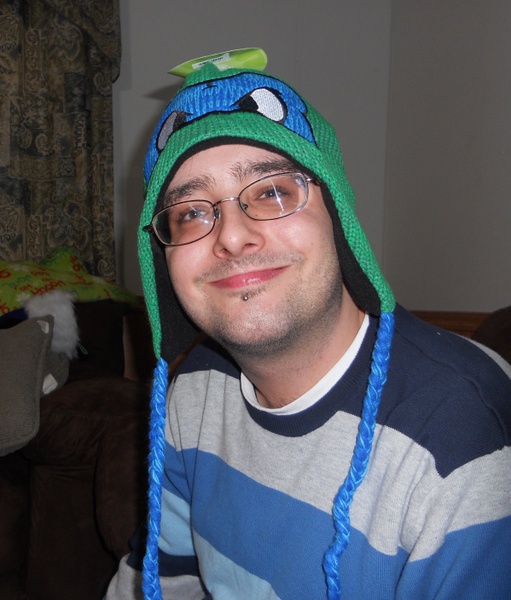 Robert “RJ” Eugene Oehler Jr was born in Bryan, Texas, on August 3, 1987. He graduated in 2005 from Bryan High School. He worked in the service industry and worked in trade as an independent contractor. He had a gentle loving spirit, which he shared with family.

He had an artistic soul. He loved music and attending concerts. He would read any book and enjoyed writing poetry.

Star Wars and Ninja Turtles were always a topic of interest for RJ which influenced his wardrobe and home decor. He loved salsa to the extreme of planting a salsa garden and creating recipes. To RJ it was always “the hotter the better”.

Anytime he was around his son, Bobby, he would light up. RJ loved sharing his hobbies with his son. They played Donkey Kong the video game, baked brownies in cups, and enjoyed painting with acrylics.

He was preceded in death by his grandparents, Donald Simmons, Mary Ann McCleney, Beverly Parker, and Robert Walker.

RJ passed away surrounded by his family on Friday, February 18, 2022. A celebration of life will be held on Tuesday, February 22, 2022, from 5 to 7 pm at Hillier Funeral Home in College Station, Texas.

To order memorial trees or send flowers to the family in memory of Robert Eugene Oehler Jr., please visit our flower store.