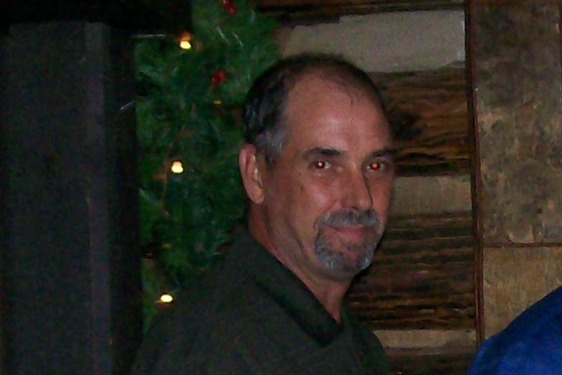 Mitch was born November 16, 1961 in Plainview, Texas, to Robert Alfred "Bob" Mohn and Phyllis Knox Mohn. When he was very young, they moved to Dallas, and then to Lake Dallas when he was in elementary school. Growing up with his sister Dee and his brother Michael, Mitch spent his childhood fishing regularly with his siblings and friends. He also enjoyed regular hunting and camping trips with his family. Being such an active child, it was no surprise when Mitch fell out of a tree around the age of 12, breaking numerous bones. In high school, he played football and rode dirt bikes. with his best friends Larry Logan and David Rhodes.

Shortly after he graduated from Lake Dallas High School, Mitch joined the Navy, where he became a jet engine mechanic. After a short deployment on the JFK, he was stationed at Naval Air Station Kingsville. After he left the navy, he returned to Lake Dallas and worked at The Duck Inn where he met his former wife, Kathleen Hennessey Mohn. They married in 1988, moved to the Houston area and had two children - Krista Kelley and Mitchell Kemper.

Mitch was a wholesale florist for most of his career - a job he loved for over 20 years. He worked for 1960 Flower Market and Taylor Wholesale Flowers and was known to go the extra mile for his customers. He spent many hours in the woods collecting smilex for florists and shipping across the country for events including the Rose Parade in California.

Mitch never lost his passion for hunting, fishing, and being in the woods. Although he was Christian, he hated organized religion, preferring to worship in nature and read his Bible in private. He enjoyed listening to music, especially classic rock, blues, and bluegrass, which he accompanied by playing "dashboard" piano and singing off key while driving in his trusty truck, "Justine". He loved movies - especially "Lonesome Dove", "Lone Star State of Mind" and anything with John Wayne. He had a weekly John Wayne movie night with his kids for many years.

Mitch loved cooking for family and friends and was known for his chicken fried steak, and smothered pork chops. However, brisket was his signature dish. Annually, he cooked 4-6 briskets for July 4th, for all the neighbors on his block before the big fireworks show he loved to do with the kids. He also liked spending time at the family cabin outside of Taos, New Mexico, trips to the beach and animal parks such as the Arbuckle Wilderness. He loved animals and especially the dogs he shared his life with - Weller, Zildjian, Koal and Lucy.

Although Mitch was a good-hearted, funny man, he also had a crotchety side. He was grumpy, stubborn and hard-headed. He often took offense where there was none intended but never failed to help when asked. He didn't do anything half-way, except home repairs.

Mitch was preceded in death by his father, Bob Mohn and nephew, Ross Owen Romans. He is survived by his mother, Phyllis Millsop, sister and brother-in-law Dee and Bill Romans, nephew Dean Romans, brother Mike Mohn, nieces Maddy Mohn, and Fathom Mohn. He is also survived by his children - Krista and Kemper, whom he loved intensely.

His children will announce plans for a memorial to be held in June. Contributions can be made for his medical expenses here: https://www.gofundme.com/f/mitch-mohn-medical-expenses

To order memorial trees or send flowers to the family in memory of Robert Mohn, please visit our flower store.