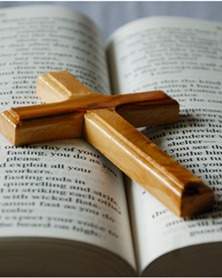 Robert “Bob” Mitchell Carrigan, much loved husband, father, and grandfather, passed away in Houston on Thursday, August 18, 2022. After struggling for many years with immunological diseases, his weakened immune-compromised body could not win his battle against complications from COVID.

Bob was born in Palestine, Texas, on September 24, 1953 to Eunice and Milton.  He was the eldest son in his family of seven children, a role and responsibility he gladly carried with him throughout his life. Bob grew up in Centerville Texas, and although he left Centerville to build his life, his small-town upbringing and the value and responsibility to community were always with him.

Bob lived his Christian faith every day through his kindness, humility, unfailing moral compass, and readiness to help others. He was an elder at First Presbyterian Church of Bryan, where he contributed his considerable mechanical and building skills to the Property Committee for over a decade, and taught Sunday school for many years. He was a proud lifetime member of the Brazos Valley Base of the United States Submarine Veterans and served as the secretary. He readily volunteered his computer expertise to family and friends, several non-profit organizations, and churches in Bryan. He was active in his local community and served on the Board of Directors of the Woodlake Preservation Association for several years.

After graduating high school, Bob began his college studies in criminal justice at Sam Houston State University.  He changed his life course with a decision to join the Navy, following in his father’s footsteps, although he chose the challenge to be part of the Submarine Service and learn electronics. His mechanical skills, big-picture approach, and innate curiosity, led to his choice to learn the role of interior communications technician, with responsibilities that spanned the entire submarine and all its systems, including the nuclear weapons portion. He served on the USS Sam Houston and was a proud plank-owner of the USS Michigan SSBN 727, serving on the crew that built the submarine in Groton, Connecticut. After his Navy service, Bob, a man of many talents, found his true vocation as a computer professional. His multi-decade career spanned end-user support, network support, and data center consolidation in several companies including HP. Helping friends and family with computer problems grew into a small computer business which became CC Connect, with a goal to provide internet services to rural communities. Throughout his life, Bob sought to expand his knowledge and skills, earning countless technical certifications, and returning to Sam Houston State University to earn his Bachelor’s degree in 2008.

He met his soulmate, Esther, on an Amtrak train in November 1980, when he was traveling to his duty station of Groton, Connecticut. They married in May 1982, and moved to College Station, Texas in 1983 when Esther began her career at Texas A&M University. They had two children, Elizabeth Ann (Cameron) Carnes and Robert Mitchell II (Toni).

Funeral arrangements are being coordinated by Hillier Funeral Home.  Visitation is at 10 AM and a service will follow at 11 AM, held at First Presbyterian Church of Bryan, Texas, on Thursday, August 25th. Graveside services will be at Fort Sam Houston National Cemetery in San Antonio, Texas, on Wednesday, August 31st at 1:45 PM, where he will receive his Final Military Honors.

In lieu of flowers, donations can be made in his memory to the Brazos Valley Base, United States Submarine Veterans Inc., 3306 Wildrye Drive, College Station TX  77845, or to First Presbyterian Church, Bryan TX, 1100 Carter Creek Parkway, Bryan TX 77802, for “organ renovation.”