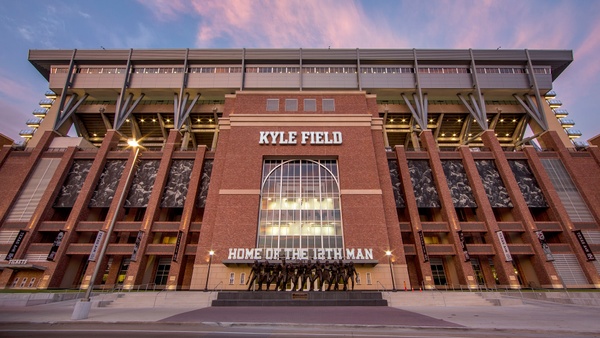 
Ricky Jon Penick Sr. (Rick), 67, of College Station, went to spend eternity with his Lord and Savior, Jesus Christ on Sunday, November 1, 2020. Rick was born on September 20, 1953 in Waco, Texas to Johnnie and Margie Penick. He was an Air Force "brat" and spent most of his childhood traveling and exploring the world.

As a young man, he graduated from Texas A&M University, a place he held dear to his heart, with a Bachelor of Science in Landscape Architecture. He used this degree, along with a lot of hard work to start his business, Penick Irrigation. Rick took pride in his work. He was dedicated to providing high-quality service to all who came through his business. He loved his job and it showed through his honesty, strong work ethic, and commitment to excellent service. Rick mentored and worked side by side with his son to leave him a legacy to be carried on.

As a Texas A&M graduate, his passion for the University was strong. In his free time, he loved hanging out with his family while grilling and watching Aggie Sports, especially football. His love for Texas A&M was so strong, he even owned an antique Aggie car that he proudly drove all over town for everyone to see!

Rick loved Texas A&M and owning his own business, but much more than these, he loved his family. Spending time with his wife, children, and grandchildren was his favorite thing to do. He appreciated every moment he spent enjoying the company of his family and making unforgettable memories with them.

Rick was compassionate, loyal, and led by example. Everything he did, he did with all his heart. He was dedicated to his work, family, and of course, Aggie football! The memories he created on earth will be cherished by his family and all who knew him.
Rick is reunited in heaven with his parents, Johnnie and Margie Penick. Rick is survived by his wife of 48 years, Sally Penick; son, Ricky Penick Jr. and wife Kristi Penick, and daughter, Felicia Muth and husband Jason Muth; grandchildren, Dr. Nicholas Madere and wife Allison Madere, Coleman, Ashlyn, and Morgan Muth, and Luke Penick.

To order memorial trees or send flowers to the family in memory of Rick Jon Penick, please visit our flower store.