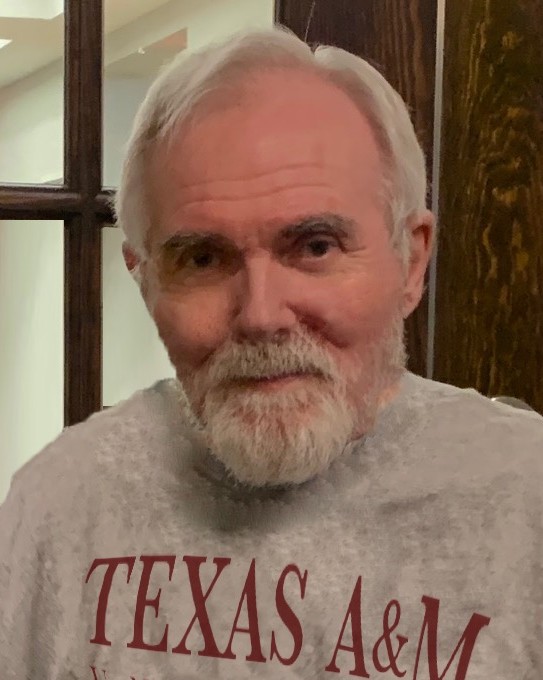 
After a hard fought battle with Secondary Progressive Multiple Sclerosis and COPD/Emphysema, James Richard (Rick) Hayth passed away peacefully with his good friend Mary Wilson by his side on Oct 4, 2020 at Accel Transitional Care and Rehabilitation in College Station at the age of 72.
Rick was born on May 30, 1948 in Rome, GA, to father James Thomas Hayth and mother Vera Lemming Hayth. He was a 1966 graduate from East Rome High School and attended Berry College for 3 years before enlisting in the United States Marine Corp. He was honorably discharged in 1974.
On September 20, 1970 he married Betty Alene Smith They had one son, James Richard Hayth, Jr. Following the service, they lived in Uniontown, Ohio where Rick worked as an engineer and volunteer for the Uniontown Fire Department. They later divorced in 1978.
Rick spent many years as a diagnostic imaging engineer for General Electric and Toshiba. While working at the hospital in Huntsville, AL from 1987-1999, he along with two other engineers, were the first to provide imaging management expertise as part of a unique service of the maintenance of medical equipment by inhouse engineers with the Huntsville Health System. In addition to working as a medical diagnostic engineer, Rick was a volunteer Firefighter/EMT for 12 years, a Red Cross Volunteer/National Disaster Assessment Manager, and Shelter Manager and Instructor. During his years in southern California, he worked for his dear friend Pattie Roberts at her horse and farm animal rescue called Save the Animals Today (STAT) and was a group supervisor of a day program for developmentally disabled adults at Exceed in Perris. According to his friend and boss Elaine Paget, "he had high expectations, speaking man to man with his male clients and treating the females like Southern Belles. They rose to meet his expectations" and was loved by those he served.
Rick lived life to the fullest while pursuing his many passions and interests whether it be fishing, flying, gardening, sculpting, painting, sailing from Hawaii across the Pacific in a sailboat multiple times, traveling around the country in an RV, or designing and building his mountain home in California. His taste in music varied from Vivaldi (his favorite) to Stevie Ray Vaughan and Reba McEntire which he listened to often as he lay confined to bed. If he wasn't listening to music, he spent many hours on his iPad watching Rodney Dangerfield and classic Johnny Carson episodes on Youtube or interacting with friends on social media. Although he loved watching baseball and his favorite football team the Green Bay Packers, Nascar was by far his favorite professional sport while the Crimson Tide and Texas Aggies, his favorite collegiate teams.
Rick is preceded in death by his parents. He is survived by his son Jimmy and wife Candace Christina and grandsons James Ryan and William Rhett of Hernando, MS, his close friends Mary and Pryor Wilson of College Station, Pattie Roberts of Winchester, CA., Elaine Paget of Smithville, TX, and Alana Depew of Castaic, CA, his perpetual guardian angel whose love, support, and generosity over the years knew no bounds.
A private graveside service will be held at a later date in Hernando, MS.
A special thank you to Alumine Home Health and Hospice in particular Jasmine Morrison, Amanda Brown, Heidi Dixon, Amanda Paull, and Stacey Rowse. Additionally, Rick's family and close friends are eternally grateful to the nursing and CNA staff of Accel Nursing home who did an incredible job of taking care of Rick the past 12 months, with special acknowledgement to Jaime, Sheba, Tammy, Nakysha, Adela, Collin, and Toni.
Mary Wilson and the family ask that in lieu of flowers, memorials be made to the National Multiple Sclerosis Society, American Red Cross, or the Gary Sinise Foundation for First Responders.


To order memorial trees or send flowers to the family in memory of Rick Hayth, please visit our flower store.