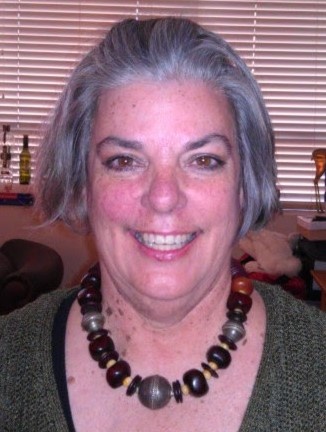 Rebecca “Becky” Crout Reed, a polio survivor whose passion for children led to an exciting international teaching career, died Friday, April 22, 2022, in College Station, Texas, with her husband and friends at her side.  She was 70.

Becky was born June 30, 1951, in Shamrock, Texas, to parents, John “Jack” D. and Willa Fann “Nell” Crout. Shortly after her birth, the family moved to Rosenberg, Texas, where she spent the next 18 years.

When she was only a year old, she was stricken with polio, a disease that affected her life until her death. Yet, this gregarious and unstoppable girl never let the disease define her life.

Becky graduated from Lamar Consolidated High School in 1969 and in 1971, she earned an Associate of Arts degree from Lon Morris College in Jacksonville, Texas. She then enrolled at Sam Houston State University in Huntsville, Texas, where she earned a Bachelor's Degree in 1973 and a Master's Degree in 1978 with specializations in Elementary, Early Childhood, and Special Education. Later, she studied at Trenton State College of New Jersey to learn how to teach English as a Second Language.

Becky taught school in Anderson, Navasota, and Kirbyville, Texas, for 13 years before moving overseas and teaching for 18 years in several American and International Schools: Khartoum American School in Sudan (Africa), The American School of Niamey in Niger (Africa), Lincoln International School Uganda in Kampala, Uganda (Africa) and at the QSI International School of Sarajevo in Bosnia and Herzegovina. Returning to Texas in 2002, she taught Pre-School for five years at Alton Elementary School in Brenham, Texas. She retired in 2008 from Alton. She was a dedicated and compassionate teacher, especially for those with special needs.

In 1971, Becky Reed married her college sweetheart, Ralph Reed, and began 50 years of an exciting and somewhat nomadic life. She and Ralph moved 29 times during their marriage, most recently to Brenham, after several years in Houston and Alpine.

For four years, the couple lived in a motorhome, traveling throughout the United States.

Despite crippling and lifelong damage to her legs, Becky refused to let her impairments crimp her lifestyle. She hiked trails and stayed active until the last few years when compounding health issues impacted her mobility.

Becky climbed Guadalupe Peak, the highest mountain in Texas, snorkeled in the Red Sea, swam in the Blue Nile, explored the Egyptian temples in Luxor and Aswan, crawled through the tunnel to the interior of the Great Pyramid of Giza, and visited the great cities of Europe; London, Paris, Rome, Vienna and Zurich. Becky loved to shop and shop she did in the outdoor markets and bazaars of Cairo, Omdurman, Istanbul, and Zanzibar. Sometimes life was a bit too exciting: Becky was once injured by a flying brick in a sugar riot in Khartoum, got accustomed to being searched and held at gunpoint at the numerous checkpoints in Africa. She once fought off a mugger in Niamey and with husband, Ralph, spent some time in a jail in the Ivory Coast.

Becky is survived by her devoted and beloved husband, Ralph; daughter, Hafida Becker, son-in-law David Becker and two grandchildren, Ephram and Kamilah and lifelong friends Lane and Otto Haardt, who rushed to be at her side with Ralph as she drew her last breath. She leaves behind a number of family members and friends.

She is preceded in death by her youngest sister, Patty, and her parents, Jack and Nell Crout.

A memorial service will be held at Kruse Village in Brenham at a date to be determined in July.

The family would like to thank the doctors and nurses of the Baylor Scott and White Hospitals in Brenham and College Station for their compassion and support during her long illness.