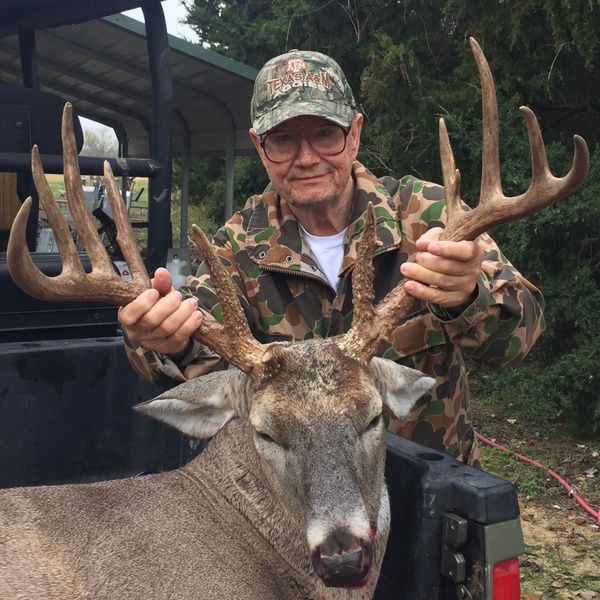 Ray was born on January 3, 1937 in Bakersfield, California. He spent most of his childhood in Bakersfield and Selma, California. Growing up Ray enjoyed sports and the outdoors. He played football in high school and would tell stories about hunting the areas around his home. As he got older Ray would frequently work the fruit orchards. Ray had a tough upbringing which helped mold him into the great man he would become.

Ray was a strong and determined man with a great work ethic. He spent many years in the United States Air Force and bravely served his country in Vietnam. Even though he did not like to speak much of his time in Vietnam he was a proud veteran and loved to read about past wars.

After retiring from the Air Force, Ray attended Texas A&M University graduating in 1975 with a degree in Wildlife Science. He had a love of the outdoors and would frequently use his degree to improve animal habitats throughout the state. Ray would never miss an opportunity to talk wildlife and horticulture with anyone who would listen.

Ray met the love of his life, Mary, while visiting a friend at the hospital where she worked. They fell deeply in love and would have celebrated their 61st wedding anniversary this Saturday. They had three beautiful children together, Belinda, Ray Jr., and Jeremy, all of whom he was proud of and loved with all his heart.

Ray had an outgoing, adventurous personality and his hobbies changed throughout the years. Ray excelled at most everything he did. In his younger years Ray was an avid bowler and was able to bowl several perfect 300 games in league play. During these years, Ray also loved to raise African Violets and was fascinated by the science of hybridizing flowers. He earned national recognition for the introduction of a new variety of African Violet named Frosted Whisper.

Ray spent many years coaching little league baseball. He loved the sport and continued to coach even after his kids were no longer playing. Ray's impact on the youth in the community has lasted for years and past players frequently tell stories of Ray's coaching days.

In his later years, Ray's main interest was raising white tailed deer and managing his ranch. He took great pride in his ranch and would never miss an opportunity to talk about his deer. Many of his hours were spent cultivating food plots and improving the habitat. Hunters who would frequent the ranch would quickly transition from hunter to friend, many of which lasted a lifetime. Ray enjoyed hunting with his camera much more than he did with his gun. His hunting adventures were all about the comradery and the time spent with friends and family.

Ray was an inspiring man who touched the lives of many. He was a hard worker, and dedicated to perfection in all that he did. He will be greatly missed by all who knew him.

To order memorial trees or send flowers to the family in memory of Ray Scott, please visit our flower store.