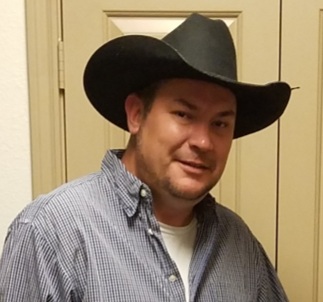 Randall Johnson of Aggieland, Bryan-College Station, passed away unexpectedly on Sunday, February 7th, 2021 at the age of 44. Randall considered everyday a new opportunity to live life either by working, playing or spending time with family. He will be missed by many.

Randall was born on August 4, 1976, in Lampasas, Texas, to his family of mother Sharron Bullock and three sisters, Sheila, Lora, and Shari. Randall spent his childhood fishing in Sulfur Creek, swimming at Hancock Park and camping at the Bend. His love for the outdoors defined his hobbies for years to come.

Randall was always a big kid at heart and often one might think he never wanted to grow up. However, one could see the transformation of a boy becoming a man after his children were born. Whether they were in the same room or miles apart, his face would always light up when he talked about how proud he was of his kids.

Randall also spent a few years in College Station where he fell in love with the Fightin' Texas Aggies. Randall dressed in all Aggie attire; Talked in excess about the Aggies; Decorated everything with the Aggie decor. The minute the National Championship game was over in January, he would start counting down the days to the opening kickoff in September...226 days!

To say Randall was a pyromaniac would be an understatement. His two favorite holidays were, of course, the two days he could blow stuff up...the 4th of July and New Year's eve. His smile would turn into a child's giggle right after the loud explosion, the fountain of color or whistle of the chaser. His entire body would shake with laughter.

Randall, as most young people do, started his career in fast food restaurants. However, his work was more than a job. Randall loved to cook and was a lifelong student of the trade. He mastered different genres of food by learning "the secret recipes" at places like Abuelo's and Christopher's. He often would practice elaborate meals on his family. Two things were always for sure when Randall cooked... You might not know exactly what was in the food he prepared or what time you would actually get to eat that meal.

When Randall moved back to College Station in 2015, he set out to accomplish several goals. After months of studying, he received his GED at the age of 38 and was able to move on to a vocational college. Randall was proud to receive his HVAC certificate a year later. The day he walked down the stage to get his diploma was one of the greatest days of his life.
Randall's connection to faith started at a young age with his mentor, Pastor David Shaver. Randall also would sing and speak at church often and felt a close connection with his Lord. He would often play his guitar and sing gospel songs like he previously did with his mother.

Randall was taken from us way too soon, but he is now reunited with his mother, Sharron Bullock; his father, Edgar Johnson; his grandparents, Iva Grant and Lewis Grant.

Usually, about once a week, Randall always started his "I love you" calls to his family. He made the rounds to make sure he told everyone he loved and appreciated you and why. Randall's love will be sorely missed by many friends and family members.

In lieu of flowers please consider making a donation to Randall's GoFundMe https://gofund.me/bd7bc245


To order memorial trees or send flowers to the family in memory of Randall Johnson, please visit our flower store.