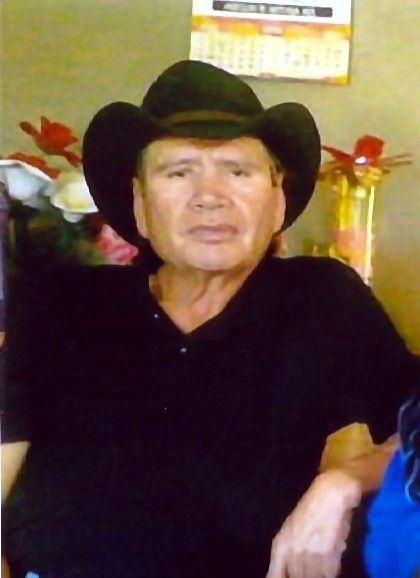 
Quiet yet cheerful and devoted father, Rafael V. Velazquez of Bryan met his Lord and Savior on November 3, 2020.

Rafael grew up on the family ranch in the State of Aguascalientes, Mexico. At age 12 he began working as a sheep herder until the age of 18. From this experience he learned how to spot rain clouds, and could predict when it would rain. Despite his love of living on the ranch, he wanted to come to America. At age 18 Rafael and his friends hopped on a train heading to Texas. His journey North was not easy, and food became scarce, but continued to press forward in hopes of building a future.

Rafael was hard-working, there is no doubting that. He worked two jobs; by day he was a crew leader for a construction company, and by night he was a stock associate for Walmart. Working with his hands made him feel good, like he was accomplishing something. In 2019, he was awarded a "10 Years of Service Award" from Walmart, and was quite proud of this achievement.

When Rafael was not at work, you could find him watching CNN, the Houston Astros, and spending time with his family. Rafael was passionate about politics, and enjoyed watching Anderson Cooper and Chris Cuomo. He always had to know what was going on in the world, yet, the most important thing in the world was his children. He loved spending Thanksgiving with Ana, Ralph, and Christina. It was his favorite time to indulge, and he could sure eat! His hard work and dedication to his family was so strong; he would do anything for his children, and prioritized their well-being and happiness above anything else.

Rafael's sense of humor will be missed, but the memories will still bring joy. With Rafael being a devoted Catholic, there is peace knowing he is reunited in Heaven with his parents Gregorio Velazquez and Gregoria Vera Velazquez, and his brother Javier Velazquez. He is survived by his siblings Ana Sr., Raul, Ruben, Amelia, Maria Elena, Juan Manuel, Juan, and his children Ana Mary Velasquez, Ralph Velasquez, and Christina Velasquez.
A visitation will begin at 10 AM followed by Final Catholic Rites at Noon at Hillier of BRYAN on Monday, November 16, 2020. Graveside services will follow at Bryan City Cemetery.


To order memorial trees or send flowers to the family in memory of Rafael Velazquez, please visit our flower store.