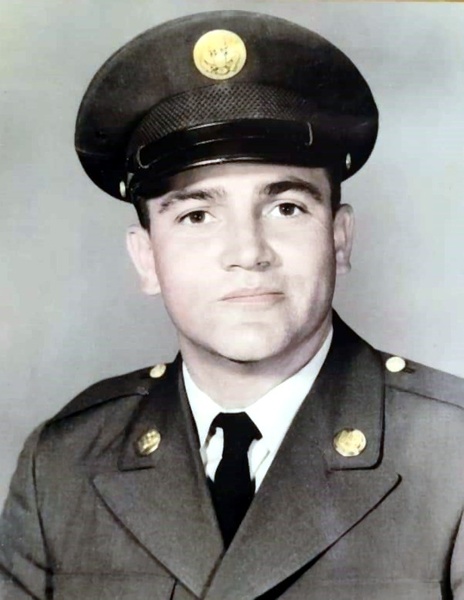 
Paul Gray Rodriguez, 78, of Bryan, Texas, went home to be with his Lord and Savior on February 9, 2021. A visitation will be held at 5 pm on Tuesday, February 23, at Hillier of Bryan and a Rosary will follow. A Mass of Christian Burial will be held at 11 am on Wednesday, February 24, at St. Joseph Catholic Church. A graveside and final military honors will follow at Mt. Calvary Catholic Cemetery.

Paul was born in Magnolia, Texas, on January 15, 1943, to parents, Andres and Minnie Rodriguez. He spent his childhood growing up in Somerville and Bryan with his eight siblings. As a young boy, Paul helped his family by working as a farm hand picking cotton and other vegetables in Texas, Ohio and Michigan well into his teens.

Paul went on to serve his country by joining the United States Army as a sharpshooter. He earned the National Defense Service Medal. He was given an honorable discharge from the army and went on to establish himself back in Texas as a carpenter and a businessman, starting his own business Home Repairs Unlimited. Paul was a fantastic carpenter and was proud of the work he did for his many clients. In fact, he was so talented, he even built his own home from the ground up.

Paul met his wife of 44 years, Juanita Guzman at a Texaco service station he owned in Bryan. For Paul, it was love at first sight. They were married on October 3, 1971 and remained constant companions until Juanita's death in 2016.

The most important thing in Paul's life was his family. He loved sibling vacations where he spent time fishing, playing the slots in Louisiana, and trips to Galveston. Paul never missed an opportunity to spend time with his family. Birthday parties, weddings, and other family gatherings were always a reason to spend time with the people he loved & would do anything for.

Paul was often described as a humble, quiet, and kindhearted man. He prided himself on his independence, but he also recognized the importance of family and support they always provided. He will be missed by all who knew him.


To order memorial trees or send flowers to the family in memory of Paul Rodriguez, please visit our flower store.