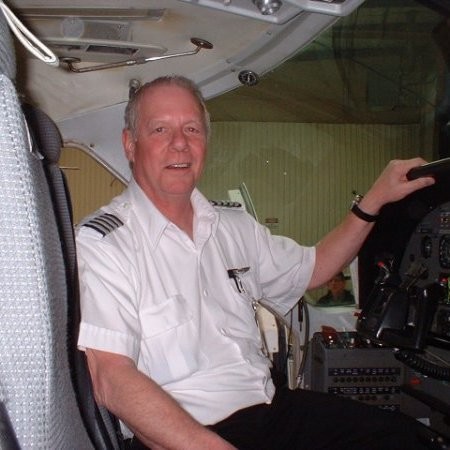 Paul Fridrich was born on August 5, 1949, in Cleveland, Ohio. A Cleveland Browns fan from an early age, Paul was proud to be born and raised in Cleveland. Paul eventually joined the Army, working on helicopters in Vietnam. He was a Chief Mechanic and a Gunner. After the Army, Paul became a pilot. He loved flying and it wasn't just his career, but a passion of his. He collected model airplanes, and invested a lot of time in his collection. He was involved in the Texas A&M Flying Club and the NRA. Paul truly enjoyed teaching others, and became a flight instructor and taught gun safety and shooting.

The day Paul accepted Jesus was the greatest day of his life. Paul loved teaching people new things, including his faith. He had a strong faith, and teaching the bible to others came naturally to him. He brought many people to know and love Jesus. He was very spiritual, and his religion helped him through the critical times in his life.

Saying Paul was a fan of the Cleveland Browns would be an understatement. He would take a trip to Cleveland every year for the Cleveland Browns' home opening game! He was a die-hard fan! If he wasn't watching the Browns, Paul would be listening to his jazz music. Paul loved jazz music, especially listening to David Brubeck. Paul had a wide variety of pasttimes, and also enjoyed shooting, bowling, and cooking. He lived life to the fullest, and enjoyed every second of every day.

He will be reunited in heaven by his Lord and Savior with his parents, Joseph John Fridrich and Angela Jaquet; his granddaughter, Summer Fridrich; sister, Ann Jerins; and niece, Angela.

The family would like to thank CHI St. Joseph Oncology and Cancer Clinic, who took care of him with the utmost respect and care. A special thank you to Dr. Floyd, Dr. Julia Nuegent, Dr. Fleener, nurse Chelsea, nurse Kristen, nurse Janice, nurse Wendy, and tech Michael for caring for our loved for as though he were your own.

To order memorial trees or send flowers to the family in memory of Paul Fridrich, please visit our flower store.