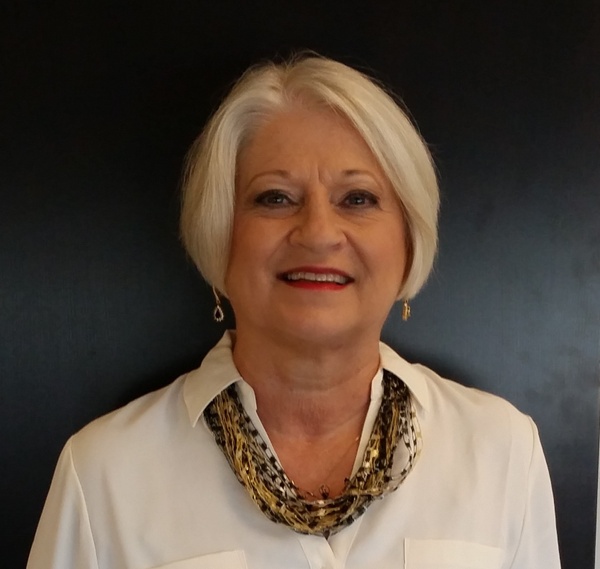 Patricia (Patty) Marlene (Dudley) McLarty, loving wife, mother, grandmother, and friend met Jesus at the gates of heaven on July 14, 2021. Patty was 68 years old when she passed away peacefully in her home outside of College Station, Texas. She spent the last fifteen months in a battle with pancreatic cancer and was surrounded by family as she passed this life of pain peacefully into a new life, and new body, that is pain-free.

Patty was born in Kendallville, Indiana on June 10, 1953, at McCray Memorial Hospital. She spent the early years of her life in Gonzales, Texas, with her mother and grandparents before moving to Houston. Patty graduated from James Madison High School, where she was Senior Class Secretary, in 1971. After high school, she studied to be an executive secretary at Massy Business College. Patty was smart and ambitious and after working 15 years in the oil and gas business, and just months after her second son Kyle was born in 1985, she began work towards her bachelor's degree. She had a passion for education and was the student who sat at the front of the room, paid attention, and asked questions.

Paul's job took the family to Connecticut for three years and then to El Paso for another couple of years, so her studies were often interrupted as she moved across the country. However, Patty never gave up on her dream of a college diploma. Patty received her Associate of Arts degree in Business with highest honors from College of the Mainland on December 14, 2001. Not content with an associate degree, Patty enrolled at the University of Houston's Downtown Campus in January of 2002 to begin work on her bachelor's degree.

Patty "never met a stranger" and made lifelong friends everywhere she lived. She was a strong plainspoken southern woman with an infectious personality that naturally drew people to her side. Patty made life-long friends in high school, at West University Baptist Church, and at her home outside of College Station. She loved and cherished each of these friends who were such an important part of her life. These friends provided a ministry and comfort to her all the way to the end of her life on earth.

Patty's job at Marathon Oil Company in 1980 was a turning point in her life as she met her future husband, Paul. Patty was an athlete and played on the Marathon Oil Company "Dollies" softball team. Paul loved softball too, but he had a special interest in coaching the "Dollies" because he knew this beautiful woman was on the team. As it turned out, Paul and Patty fell in love on the softball field and were married on October 25, 1980.

Patty is survived by Paul Edwin McLarty, her husband of almost 41 years. Patty was told early in life that she would never be able to have children. She proved the doctors wrong when she gave birth to Brian Paul in 1981 and Kyle Patrick in 1985. They were a miracle in her eyes and a source of constant joy in her life. Brian and Kyle married beautiful strong Aggie women and gave Patty four grandchildren. Brian Paul McLarty and his wife Jessica Marie gave her Dylan Paul and Evelyn Marie, while Kyle Patrick McLarty and his wife Victoria Raye gave her Charlotte Rose and Wyatt Ray. Patty was blessed to spend January through March 2020 caring for Wyatt when he was three months old. She often told Paul that this was the most special gift she could give Wyatt and how important it was to her to spend this time with him.

Patty is predeceased by her father, Forrest Milton Dudley. She is survived by her mother, Maureen Cazale who lives in Bryan, Texas. She was the oldest of her siblings and leaves behind a brother Craig Dudley and his wife Karen of Lampasas, Texas, and a half-sister Valerie Strunk and her husband Robert of Kendallville, Indiana.

The family sends out a special and heartfelt thank you to Patty's hospice nurse team at Allumine Home Health Hospice in College Station, Texas. She loved all the nurses who cared for her during her time in home hospice, but especially the kindness shown by her daily nurse manager, Rosie Meredith.

Finally, Paul would like to thank his mom, Louise, and Patty's mom, Maureen, who put their lives on hold the last few months to assist Paul during hospice care. Louise literally moved to College Station, living with Paul, to provide continuous assistance. Maureen faithfully came every day to provide love, comfort, and assistance to her only daughter. There are no words to express how much their love and compassion for Patty helped sustain her during this time.

Patty's passion for education was evident throughout her life. Her wish is that, in lieu of flowers, you would consider a donation in Patty's name to the college scholarship fund at West University Baptist Church, 6218 Auden Street, Houston, Texas 77005.

To order memorial trees or send flowers to the family in memory of Patricia McLarty, please visit our flower store.