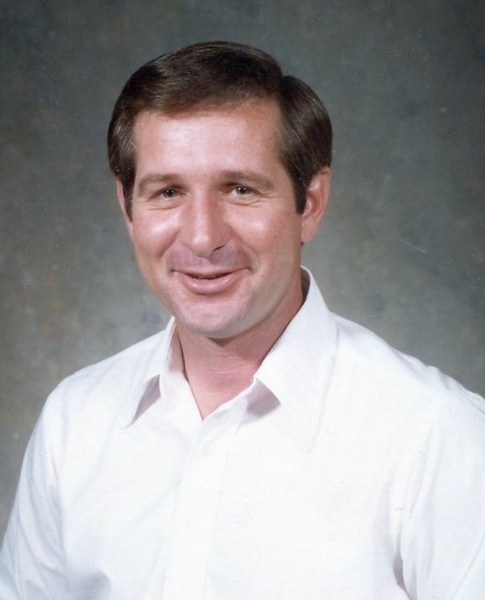 Services are scheduled for 10am Wednesday, February 9th at First United Methodist Church in Bryan, Texas with Pastor Josh Henry officiating. A reception will follow immediately afterwards in the church fellowship hall. A private burial will follow at Alexander Methodist Church cemetery. Prior to the funeral, the family will receive guests at a visitation from 5-7pm Tuesday, February 8 at Hillier Funeral Home.

Pat was born in Pasadena, Texas on January 19, 1944, the son of Charles and Ruth Fisher. He along with his three sisters and brother were raised on their parents’ dairy farm in Kurten, Texas, helping his dad milk cows and work the farm.

Pat had three daughters from a previous marriage with Michele Poe, Debi, Dena and Donna Jill. Pat married Donna Dalton, to whom he was married for 46 years. They had one daughter, Christie Lynn Fisher. Pat is survived by his wife, Donna, his daughters Debi, Dena (Jose), and Donna Jill (Todd) and his grandchildren Lucas (Amanda), D’Nae (Chase), Tyler, Hailey, and Trent, great-grandchildren Kelsi, Brody, Kiley, and Peyton, his siblings, sisters Jane Katz, Carol Henry (Bobby), brother Jack Fisher (Nonie), and little sister Anne Woodard (Greg) as well as many nieces and nephews and countless loving friends.

Pat was a successful entrepreneur, working hard and succeeding in every venture he attempted. He worked for Alcoa Aluminum where by the age of 24, he had worked his way up to be the youngest foreman at the company. In 1970 he moved his family from Rockdale, Texas to Bryan, and worked to get his real estate license and began selling and managing ranches. Over the next 30 years, Pat’s business interests grew to include Fisher Land Company, Golden Triangle Investments, Fisher Ranch Management, Texas Gate and Panel, and numerous other entrepreneurial business ventures, including a restaurant, pawn shop, and construction company.

In 2010, Pat began to retire from the real estate business and dedicated his time to running his ranch and cattle interests, alongside his grandsons.

Pat was first and foremost a devout Christian. He was a long time member of First United Methodist Church and later joined Alexander Methodist Church. He was a long time member and supporter of Ducks Unlimited, CCA, NRA and multiple other outdoor memberships. He won almost every raffle he ever entered, especially if there was a gun or knife as the prize. Pat was deeply committed to his family, his community and his friends. He was always ready to pitch in and help someone, whether it was doing dozer work, helping with cattle, donating to a worthy cause or just building a fence. Pat never met a stranger, he enjoyed having people stop by his and Donna’s home. Pat showed his love by cooking. There was nothing he enjoyed more than fixing a big pot of gumbo and having everyone stop by and eat.

Pat will be greatly missed by his family and many, many friends.

To order memorial trees or send flowers to the family in memory of Pat Fisher, please visit our flower store.