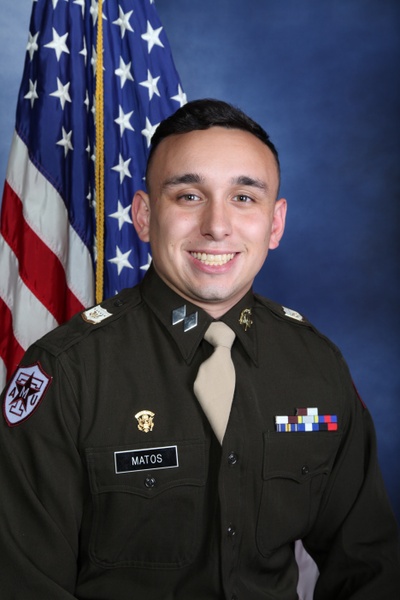 Nathan was born February 16, 1997 in Willingboro, New Jersey, to Edwin and Kathy Ann Jones Matos. His father is a health care technician for Apria Health Care in Westhampton, New Jersey, and his mother is a music teacher at Pemberton Township Schools in Pemberton, New Jersey. Growing up with his special needs twin brother Jordan, Nathan's childhood was surrounded by his loving family and extended family. He attended Lighthouse Christian School for pre-school and then Timothy Christian Academy from Kindergarten until eighth grade. During this time he began playing baseball and learned to play the trombone. Enjoying performing, he always participated in school plays and musicals. He loved attending Vacation Bible School with his cousin Kayla Cousins.

For high school, Nathan attended Burlington County Institute of Technology in Medford, New Jersey, where he was in the engineering program. He excelled in school and was inducted into the National Honor Society. Excelling at sports as well as academics, Nathan ran cross-country and played on the BCIT baseball team throughout his high school years, winning many championships. Well-liked by his teachers and fellow students, Nathan was considered a friend to all. His senior class trip to Disney World was a memorable time spent with those close friends. Due to his excellent academic, social, and athletic record, he was accepted to every college he applied to, and he proudly chose to attend Texas A&M.

Nathan was a proud full-time student at Texas A&M, where he was a member of the Corps of Cadets. As a member of the Corps, one of his duties as Logistics Officer was to raise the flags around Kyle Field. Attending A&M was filled with many good times for Nathan, including attending Aggie football games and several spring break trips with his fellow Corps members, most recently to Colorado. It was made even better by his relationship with his girlfriend Stephanie. After meeting through a mutual friend at A&M, he and Stephanie had been dating for approximately two years. He was looking forward to graduating in December 2019, and beginning his career.

Nathan's faith was always important to him. While in high school, he attended First Baptist Church in Eastampton, New Jersey, and was involved in the youth programs. He helped to clean the church and "make some money." He was an active member of the Mount Holly Elks Club and was involved in many of their functions. As a brother of a special needs twin, he was extremely proud when his brother Jordan was selected as the Mount Holly Elks poster child.

Nathan was a fun-loving individual, known for his practical jokes with his family and close friends. He loved watching professional wrestling, and he and his father Edwin would often have some fake matches in the middle of their family room. They loved the Philadelphia Phillies, and the family enjoyed going to games and cheering on the team. He was extremely close to his family, especially his Uncle Mikie and his Titi Sherryl. He loved to hang around at his Titi Angie and Uncle Kevin's house to play video games with his cousin Kayla, and enjoyed it when his family from Texas would come visit the Jersey Shore, especially Ocean City. Nathan liked building huge, complicated Lego designs, especially those from Star Wars. He collected baseball cards and loved to cook. Very committed and hard-working, once he started something, Nathan worked hard to see it to his completion.

To honor and celebrate Nathan's life, his family has planned a visitation Thursday, April 25 from 5-8pm at Hillier Funeral Home of BRYAN. There will be a memorial service on Friday, April 26, 2019 at 3:30pm at All Faiths Chapel on the Texas A&M Campus, followed by a reception at the Sanders Corps of Cadets Center.

To order memorial trees or send flowers to the family in memory of Nathan Matos, please visit our flower store.