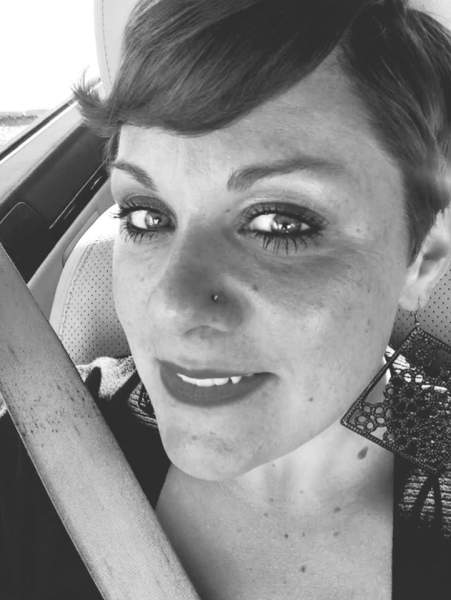 Nache was born in Houston, Texas, on November 29, 1982. She was a beautiful blond-haired baby girl. She began walking at 7 months which was super early for most babies. She was such a delight. At the age of 4, the family moved to Corpus Christi where Nache' spent her childhood until high school. In Corpus Christi, she had many friends from our neighborhood and Yorktown Baptist Church. Her best friends to name a few were Amanda, Misty and Tara who she still stays in contact with until this day. She played softball and was on a roller-skating team.

In 1997, the family moved to Bryan, Texas, to be closer to Nache's grandmother (Ninny). Nache' attended 9th grade at Bryan ISD's Lamar 9th grade campus where she quickly became friends with so many people. She next attended 10th-12th grades at Bryan High. Nache' had so many friends. Some of her best friends to name a few were Eric, Nathan, Candice, Linda,Tifani, and Kristin. She loved people and her life in high school. At age 15, Nache' went to work part time at Chic-Fil-A and worked there until she graduated. After graduation, she moved to Colorado with her friend Linda and met the father of her 3 beautiful boys, Shane Verner. David, born in 2005, Zion, born in 2007, and Caleb, born in 2008, were the joy of her life. In 2008, Shane, Nache and the boys moved back to Texas. She loved spending time with them and took them to fun places. She played video games with them, board games with them and took them to the park. Nache' loved people so much that she never met a stranger. One day at the park, with her boys, she met a girl named Noelle that had a husband and 3 little girls. It was Easter time and Noelle said they had just moved here and had no family. Nache' quickly told her she could come to her mom's house for an Easter egg hunt and dinner. Nache' called her mom and set it all up. For years to come after that Noelle, Tanner and their 3 girls were part of the family and spent join in for every holiday.

Her love for people brought many people in and out of the family home, which was always the central gathering place. Her mom's best friend Mary became Nache's second mom. Nache' loved her and would go hang out with her for endless hours. Her 3 boys called Mary, Aunt Mary because she loved Mary so much.

Nache' loved the Lord. She loved singing to the Lord and to anyone that would listen. Anyone that knew Nache' from a very young age knew she loved to sing. She was never shy when it came to singing. She sang in church, in public, inside the house, outside the house, in the car and any place she felt like singing. She sang daily to her boys. She taught them to love music like she did. Nache' always sang at the top of her lungs. She seemed to only have one volume and that was extremely loud. If she was in your house singing you could be assured you would not hear the TV, your phone conversation or your conversation with the person next to you. As a young boy, her brother Dustin would get so annoyed by how loud she sang that he would yell at her to "BE QUIET," but as an adult, Dustin learned to appreciate her music and would ASK her to sing. Nache' wrote more music than anyone could ever dream. Each and every song was unique to a time in her life, a person in her life or just about life. She is most definitely singing in Heaven with her beautiful God-gifted voice and most likely singing louder than any other Angel.

Nache' had 5 siblings, Dustin, Nathan, Cody, Timmy and Chloe. Each one of them were special to her and she had a unique relationship with each one of them. She did fun things with them that most sisters would never take the time to do. When she started driving, she would take her younger siblings everywhere she went and as they traveled down the road, they would have the radio going and she would be serenading everyone in the car louder than the radio. If you were in her car you can bet you were having to talk over her singing.

Nache' was the apple of her daddy's eye, and he loved her with unconditional love. She loved him with all her heart and told him countless times what a good daddy he was and how much she loved him. Her dad would tell her throughout her childhood that he was her daddy not her friend. When Nache graduated high school, she was sitting in the back yard talking to her dad for a long time. When she came in the house, she had tears in her eyes. I asked her what was wrong. "She said Daddy just told me we could now be friends" and she cried tears of joy and she felt so blessed.

Nache' had a special bond with her mom. She called her almost every day. She loved to lift her mother up with beautiful words. Nache' would call some days and say "Mama, I just wanted to call and tell you how much I love you." That statement will be heard forever.

Each of Nache's siblings were special to her and she loved them equally, but her special bond was with Nathan. Nathan was 12 years younger than Nache' but he loved her so. She took him everywhere and spoiled him rotten. There were times that she would have friends over in high school and she would want to spend time with just her friends, but Nathan could not stand it and would go to her door with his friend Jamie. They would put their fingers under her door and she would tell them to go away. Nathan demanded her attention, and for the most part she gave it to him. As Nathan grew up, they became best friends. He could have cared less how loud she sang or how long. Nache' even wrote songs about Nathan.

Nache had a love for her grandparents. She loved her Ninny and her pawpaw who were waiting on her in Heaven. She loved her Gramby and PawPaw that she has left behind.

As Nache' grew older she began to question life. She became weary and began to struggle with life. She began to run from life and also from God and her family. After a few years of uncertainty and the breaking up of her family, she met a man named Rusty Roberts. God used this man to woo Nache' back to Him and to a life that Nache' was more familiar with. Rusty and his family took Nache' in and taught her a new second hobby - other than singing. They taught her to have a love for fishing. She could not wait to go fishing and would spend hours and hours fishing. She was probably singing and talking while trying to fish, and the Roberts family probably told her more than once that the fish would not bite if she was talking or singing. She always had a song in her head. On April 26th Nache' passed away in the arms of Jesus, snuggled next to her new best friend and love, Rusty.

Nache' will always be remembered as a singing angel. Someone that enjoyed life to it's fullest. Someone that loved to cook a good meal, everybody's best friend and the love she had in heart for God and people. She will be MISSED.

The family will be having private services during this uncertain time, but invite you to view the live stream webcast of Nache's Celebration of Life Service on Friday, May 1 at 6:30 p.m.

COPY AND PASTE THE URL BELOW INTO YOUR BROWSER TO ACCESS THE LIVE STREAM:

To order memorial trees or send flowers to the family in memory of Nache Fikes Verner, please visit our flower store.