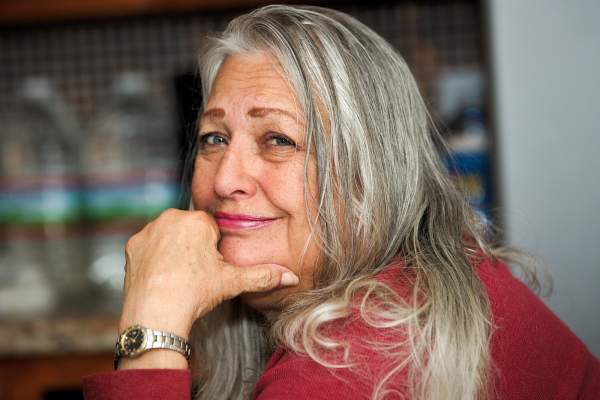 Merrie Lea Stulce, wife, mother, grandmother, sister, and friend went to be with the Lord on May 26, 2020. Born October 6, 1944 in Houston, Texas, to the parents of Leon and Irene Tate. Merrie had a brother and a sister, Bubba and Nona. In school, she was a standout athlete and continued her joy of sports joining her churches' leagues in volleyball, basketball, and softball. Always eager to learn, Merrie was quick-witted, loved to read, and progressed her education to earn her Associates in Accounting from the University of Houston.

She met her husband, Ralph Lee Stulce, in the summer of 1965. As many may coin the phrase "love at first sight," Ralph truly did fall in love with Merrie when the two first met. Her beautiful hair, smile, and personality captured the heart of a man whom she would spend 55 blessed years of her life with after his visit to the city.

Ralph and Merrie were wed on November 19, 1966, and were blessed with three sons: Michael, Steven, and Greg. While raising 3 sons, she revealed her keen talent for cooking, as she was known for always having a kitchen full of love and always full of food. Each son held a very special place in her heart and Ralph and Merrie were proud of the sons they raised to become the great husbands and fathers each are today.
Nicknamed "Granny," her heart poured out to each of her grandchildren. Whether she ensured she attended every birthday, game, meet, and life event as the biggest fan or she made certain to prepare her grandchildren's favorite dishes at every family holiday, she was a selfless grandmother with the most love and care to each grandchild.

Just as she was deeply passionate about her family, she was a true and loyal Astros fan. Stemming from growing up in Houston watching the Colt .45s in the Astrodome to becoming a proud season ticket holder at Minute Maid Park, Merrie knew every statistic of every player, owned the neatest of Astros memorabilia, and never missed a game.

Growing up a daddy's girl, Merrie loved to visit the house in Port Bolivar built by her father, where she loved to fish and read in the salt air while eating a bag of crisp Lay's potato chips with a cold Dr. Pepper poured in the cleanest ice. Throughout the years and endless memories, the Stulce family has now expanded throughout the Peninsula. She will be laid to rest in Bolivar to be together with her family as they continue to cherish their memories with her and continue to make new memories while being blessed with her as their Angel on the Peninsula.


To order memorial trees or send flowers to the family in memory of Merrie Stulce, please visit our flower store.