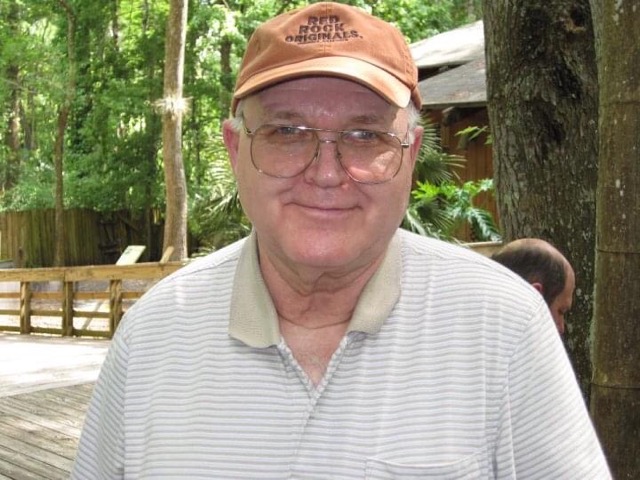 Max Eugene Nelson passed away on Friday, May 15, 2020 at the Fortress Nursing home in College Station Texas. Max was 79 years old.

Max Eugene Nelson was born in Red Oak, Iowa, on September 9, 1940, to Lawrence E. Nelson, a road construction worker and Ruth M. Jahnke a multi-tasker. Max was born in Red Oak and graduated high school there, however, in between these two events, he moved with his parents to multiple places across the midwest, northern states, and west coast.

Growing up, Max enjoyed hunting and fishing with his brother Everett, father, and uncle. During high school, he lettered as a manager for the track team. When he was older, he was active in the local chapter of the Jaycees in Wyoming, and a youth leader in the YMCA's Y Indian Guides. He was also a baseball coach for many years, teaching and mentoring young men in the traits of good sportsmanship and life.

Shortly after graduating high school in 1958, Max attempted to enlist in the Navy and Army; however, because of polio that inflicted his right arm when he was eight years old and limited his ability, he was classified 4F. Frustrated with limited opportunity in Iowa, he traveled to Wyoming, with his brother to work road construction with other members of his family.

While in Wyoming, Max met his first wife, Nadine G. Slaybaugh, and they were married on June 10, 1961. A few years after marrying they moved to Lincoln, Nebraska, where Max worked as a delivery driver/salesman for Wonder Bread/Hostess Cake and was a member of the Teamsters Union. From this marriage, Max's three children were born; Max Nelson, Darrin Nelson, and Nancy Cline.

On October 5, 1996, Max married his second wife, Karene A. Wilder, in Jacksonville, Florida. Max helped raise Karene's two children, Jeff Deal and Jennifer Pineda, until both of them grew up and went to college. While living in Florida, Max worked as a car salesman and produce clerk for multiple dealerships and stores.

Max had a very solid work ethic and instilled this in his children, family, and anybody who worked with him. Work was very important to Max, as when he met somebody for the first, time he usually asked them what they did for a living. He had the gift of gab, as they say. Never knew a stranger. He would walk into a public place and end up knowing everyone in a short time. He loved to eat out in restaurants (his favorite was Golden Corral and Denny's). The staff and regulars in the restaurants knew him well. He was a salesman by nature and could win you over with a handshake & smile. He wrote poems, lots of poems. When his memory failed him, he could still recite any one of his poems.

Max was preceded in death by his parents, brother, and one grandson.


To order memorial trees or send flowers to the family in memory of Max Nelson Sr., please visit our flower store.