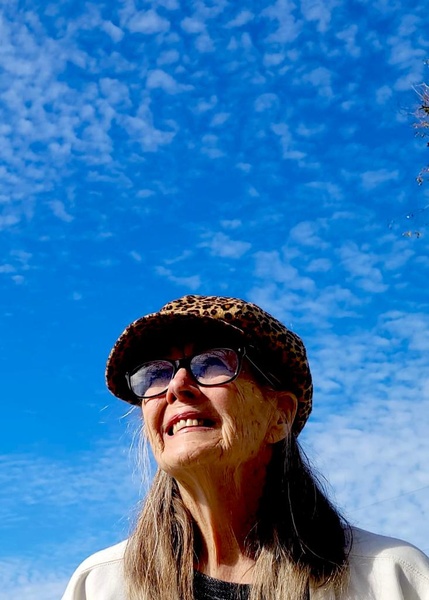 Mary will be remembered by family and friends as being dependable, a wonderful hugger, a friend to all because there were no strangers to her, and a Christian mom that shared the Gospel with everyone, including telemarketers.

Mary was born in Oakhurst, raised her own family in Galena Park, and retired to Bryan, TX. She received her GED and worked in a doctor’s office before going to nursing school in her late 30’s and graduating as an RN from San Jacinto Junior College. After her retirement, she worked 15 years as a substitute nurse for Bryan ISD and also at Camp Allen.

Vacations with her children, their friends, and grandchildren were favorite events, along with family reunions. She always had her camera! Mary also loved word search puzzles, the Gameshow Network, watching red-birds, and fishing. She was a member of a bowling league, a motorcycle club, and her church, Northview Baptist Church of Bryan, Texas.

Memorable sayings that her family remember include the following. "I need you to help me get God back in this country." "One day at a time sweet Jesus." "Can you fill my bird feeder for me?" "I can't hear you." "Get! In! Your! Room! Tippy Lou." And finally, "When people would ask for donations, I would write back and fill in the line for amount with the word, Prayer!"

Mary was always known to say “I love you” and passed on a legacy to love others, pray for them, and always forgive. She loved Jesus and shared with anyone who would listen. She not only loved going to church, but she also loved taking numerous children, grandchildren, great grandchildren and anyone who could be convinced to go with her, and teaching them to pray. The greatest day of Mary’s life was the day she went Home to Heaven.

Mary married her soul mate, Simon Hightower, at the age of 16. They met on a blind date on New Year’s Eve party in 1945 and were married on his birthday in February of 1946. They were together for 50 years until his death in 1991. She also met Harry Pranger on a blind date, set up by his daughter, Cindy, who was a fellow nurse at Bryan ISD. They married in 1995 and spent his last years together until his passing in 2003.

The family would like to recognize special family and friends for their love and care, including her Sunday school class at Northview Baptist Church and Visiting Angels. A special thank you is sent to Marilyn and Gina for their special care and compassion in Mary’s later years. The family would also like to recognize Hope Gonzales for her countless years of friendship to Mary.

To order memorial trees or send flowers to the family in memory of Mary Louise Hightower, please visit our flower store.