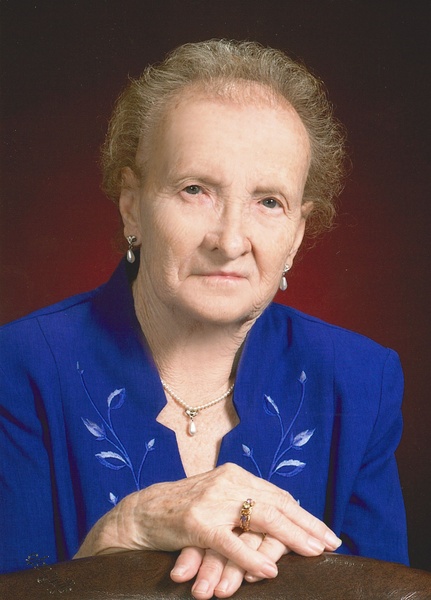 Martha was the youngest of ten children born to August and Frances Matula. They moved to Crosby, Texas, when she was nine and she graduated from Crosby High School in 1952.  She met Robert Schwartz that summer and they married on September 14, 1952.  They raised their family on the north side of Houston until they moved to Bryan in 1991.

Martha loved to be outdoors, working in her garden, or walking laps around the block in her neighborhood.  She was a devoted member of St Joseph Catholic Church in Bryan. She enjoyed a good game of dominos, 42 or straight or chicken foot, but you’d better bring your A-game; she was there to win and usually did.  She routinely tuned her radio to the Czech Polka Hour on the weekends to listen to Ronnie Horcica; she was a big fan and it reminded her of all the dances she attended.

Martha is preceded in death by her parents; her husband, Robert W Schwartz; and her grandson, Christopher Bowling.  She is survived by her children, Robert W Jr., of Lufkin, Debbie Bowling and husband, Pat, of Houston, Steven and wife, Leigh, of Bryan, and David and wife, Teresa, of Magnolia.

The family would like to thank the tireless staff at Legacy Nursing and Rehab in Bryan for their care and compassion for Martha.  They were much needed support as it would it would have been a rough road without them.

To order memorial trees or send flowers to the family in memory of Martha Annie Matula Schwartz, please visit our flower store.