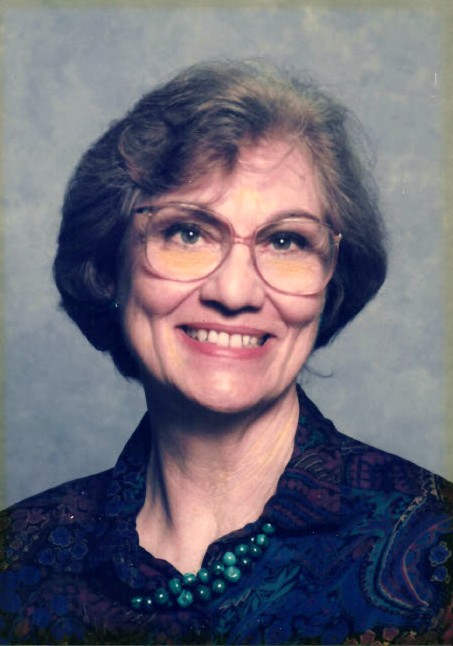 
Marselaine (Marsy) Clarke died at home on November 4, 2020, after a short illness at the age of 89 years. She is survived by her husband, Neville, and three children, Susan, Lawrence and Andrew and grandchildren Courtney and Marshall Clarke. She and her family have lived in Bryan since 1975.

Marsy was born in Brady, Texas, and attended elementary school and high school in Eldorado, Texas. She graduated from The University of Texas, Austin. She was employed by the Texas State Chemist, supporting the family while her husband attended veterinary school at Texas A&M. They joined the U.S. Air Force and were stationed at various places over the next 21 years. They came back to Texas A&M on retirement from the Air Force. Her husband has served in several administrative roles in the Texas A&M College of Veterinary Medicine and in the Agriculture Program.

Marsy had a generous heart and a long-term goal of helping people with disabilities achieve their maximum potential and become useful community citizens. Beginning with her own disabled son, Andrew, she rejected expert opinion at the time about his predicted limitations and pursued a course of action that made him a true citizen of Bryan-College Station (BCS). She recognized the need for a method to employ disabled citizens in BCS. She was co-founder of Geranium Junction in 1981, a sheltered horticulture workshop, under the Texas Rehabilitation Commission, that employed citizens that were otherwise unemployable.

She served as chair of the Board of Geranium Junction as it evolved over time into Junction Five O Five (JFOF). JFOF facilitates the employment of approximately 95 disabled citizens in the mainstream workforce in BCS businesses. Through one-on-one engagements with business people, she promoted the potential of people with disabilities and helped secure their employment. She contributed to the planning and implementation of several state and locally sponsored activities that employed disabled citizens such as the mobile crews for landscaping roadside parks and recycling operations at city and county levels. Marsy was involved in the planning that led to the set-aside of a block of apartments for disabled citizens that provided independent living for them under a HUD driven initiative.

Additionally, she was involved in the organization of the JFOF Foundation. The Foundation sponsors multiple fund raising events the most notable of which is Harvest Moon. Harvest Moon not only raises funds for JFOF, it provides major new awareness of the contribution to our community that is being made by citizens with disabilities. She continued to be an informal advisor and sounding board for the Director and staff of JFOF.

Marsy was appointed to the Brazos County Child Protective Services Board in 1975 where she served for many years. The Board has oversight of the staff and actively participates in development and allocation of funds for special needs of children in foster care.

She was a member of the seven county Mental Health and Mental Retardation (MHMR) Board for 15 years. The MHMR Board has community oversight over the staff and is actively engaged in program implementation and coordination with other regions and state government.

Marsy Clarke's family has a long history with St. Andrew's Episcopal Church. Her husband's great-grandfather was a member of the founding vestry and she has been active in the church for more than 25 years.

Marsy enjoyed painting, travel and attending museums. She was thoroughly dedicated to her family and supported them in every way. She will be greatly missed.

Visitation will be at Hillier Funeral Home at 2301 E 29th Street in Bryan from 5-8 PM on Monday November 9, 2020. Services will be at St. Andrews Episcopal Church at 2:00 PM on November 10, 2020. She will be buried at the Bryan City Cemetery following the service. Because of limited seating, the service will be live streamed and may be found on Saint Andrew's Facebook page, www.facebook.com/saintandrewsbcs, and on YouTube at https://bit.ly/3eig2AS.

In lieu of flowers, please send contributions in Marsy's memory to The Junction 505 Foundation at 3310 College Main St, Bryan, Texas 77801.

To order memorial trees or send flowers to the family in memory of Marsy Clarke, please visit our flower store.