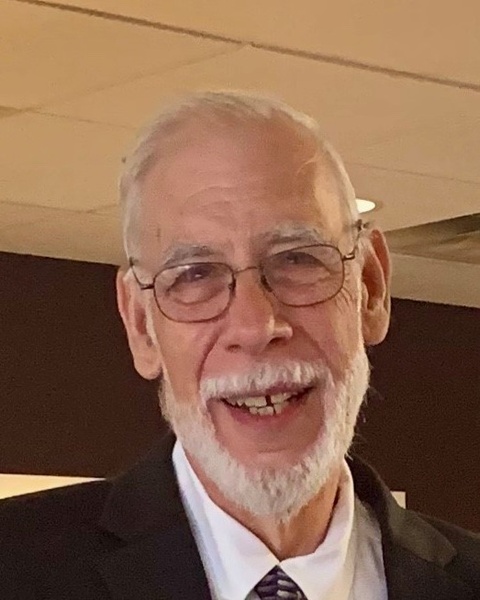 Mark grew up Linden, New Jersey graduated from Linden High School, Linden, NJ and joined the United States Air Force in 1969 and served in the Philippines. After his military service ended, Mark earned an Associate’s Degree in Computer Programing, working in this field of employment.

Growing up in Linden, New Jersey, his favorite memories were those spent with his family. He adored his cousin George and his family. One story is when George, Bill, Tom and Philip broke an aunt Julie’s window and was made to write a funny note of apology.  The “We’re so sorry” note remains a precious keepsake of that funny childhood calamity. He also spent many summers at camp, providing many stories to share and known to compare his memories to the song, “Hello Muuda, Hello Fadda, Here I am at Camp Granada!” However, topping the list of memories, it was the family gatherings that Mark cherished most. His favorite memory was the Annual Erikson Thanksgiving dinners at George and Lois’. He considered his family a most precious gift from God.

Mark had many passions as shown in the extensive gathering of those things which brought him joy. His most extensive collection would be the hundreds of albums collected through the years: Classical, Rock, Country, Jazz, and his favorite, Country Gospel. To enhance his enjoyment, he became an audio expert and had state of the art equipment to bring the highest level of excellence for his listening pleasure. He also collected antique radios, vintage knick-knacks, and model cars. He could tell you anything regarding each of his prized collection.

Everyone who had the pleasure of Mark’s friendship will agree, Mark was in love with life! He was kind, witty, fun, and simply loved people. He made friends easily and they were treated to his wonderful sense of humor and endless funny jokes. No matter where he was or whom he was with he had a joke to share to brighten other’s days. While going through chemo this last year, he quizzed a nurse attending him, “I heard red is your favorite crayon!” She replied, “Really?” And he quickly responded, “Yeah, because you really love drawing blood!” While serving in the Philippines, he once bought a skewer of meat and rice from a street vendor. Sitting on the street curb, he was thoroughly enjoying this delicacy, when the vendor asked him if pigs in America could bark? He looked at the vendor in horror as he realized he was eating dog meat. He just shrugged and kept eating!  To know Mark was to love Mark, his wit and humor in his daily life journey.

Beside his family, Mark’s passion for God’s world and creation filled him with joy and awe. He once told Rita he saw the beauty of our world as a precious gift from God for our pleasure here on earth. He had a special love for all animals and they loved him in return. He could sit for hours with a puppy or kitten, keeping them calm and happy in his arms. Mark enjoyed volunteering at the Bryan Animal Shelter, loving and caring for the animals who so desperately needed a home of love. The beauty of the season’s, colors, flowers, insects, and natural lakes, rivers, and the sea brought him peace and enjoyment. In his travels with Rita, they were able to see phenomenal sights and the richness of cultural diversity. Nothing God placed in his vision was ignored, but enjoyed and praised.

In 2000, while involved in a Bible Study Group, he met Rita, fell in love and she became the love of his life. He once told her his only regret in life was that he had not met her 20 years before.  They married in 2001, eventually retired, traveled, and made the decision to move to College Station to be around the kids and the grandchildren. They loved Texas, new adventures, and settled in easily. God led them to Grace Bible Church and there they found their church family.

Mark’s faith was his greatest commitment. He grew up in a Christian home, was baptized as an infant and attended church during his youth. He later was baptized at 51 at Evangel Church. He was involved in many activities and was a member of the men’s group, Real Recovery. This group were men who had all experienced the difficulty of cancer and its journey. They shared their faith, their struggles in the face of cancer, and supported one another through their personal needs. Most importantly, they would fish together!

Mark was preceded in death by his parents, Mark and Julia Wise, and cousins, George and wife, Lois.

In lieu of flowers, donations to the American Cancer Society or American Heart Association

A good name is to be more desired than great wealth,

Favor is better than silver and gold.

To order memorial trees or send flowers to the family in memory of Mark Stanley Wise Jr., please visit our flower store.